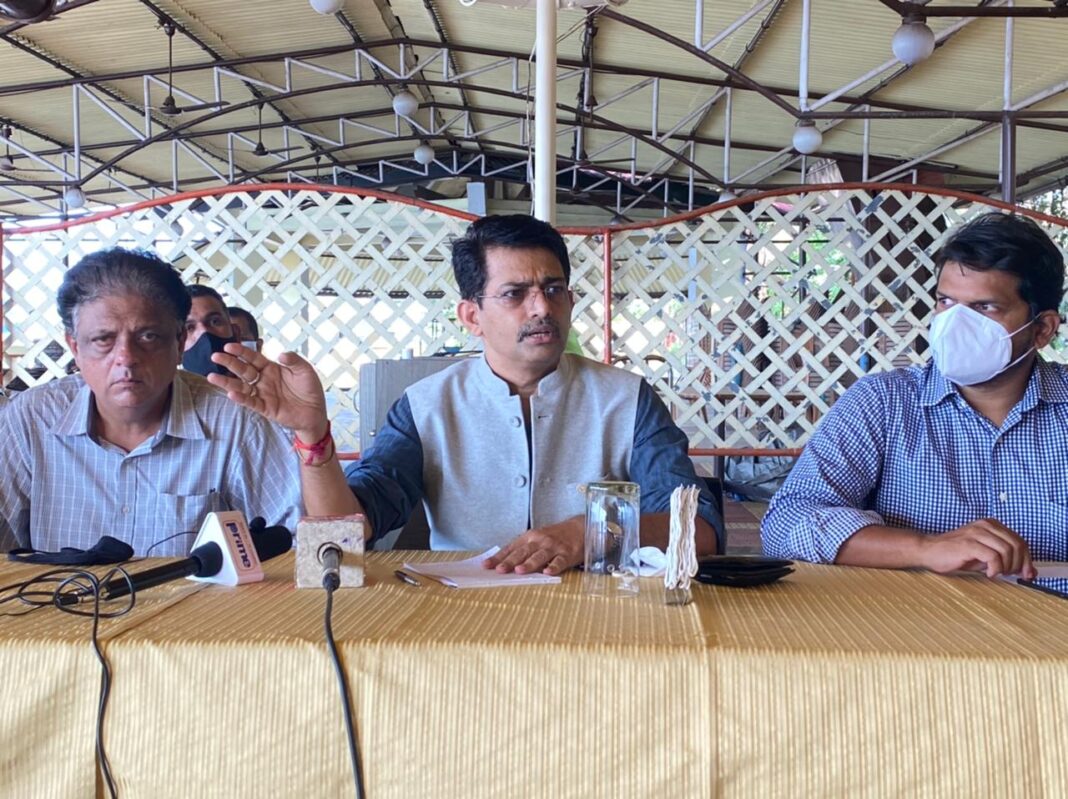 Panaji: Two of the prominent Goa-based associations have accused the traditional tourist taxi industry of trying to sabotage their business.

Goa Lines Producers’ Association and Tours and Travel Association of Goa (TTAG), addressing a press conference, evinced attention from the state government over the increasing attack on their crew allegedly by tourist taxi operators.

Tourist Taxi operators are on strike since last fortnight demanding to scrap app based taxi aggregator in the state. Goa police had arrested two leaders from the taxi union for attacking the vehicles which were part of the film shooting at Nerul, near Panaji.

The taxi operators were upset as the Lines Producer had employed the taxi from outside their union to ferry the crew.

Association President Dilip Borkar said that lot of money is spent on ensuring that the SOPs are adhered during the shooting.

He said that one than Rs one crore is spent only on abiding SOPs like testing of the crew members on regular basis.

Association’s member Shiva Baba Naik said that since August, last year, there are lot of shootings are being diverted in Goa, from the places like Mumbai and Chennai.

He said that due to taxi strike, we are getting difficulty in getting taxi. We had to requisitioned private cars.

“Just because you have stopped your business you cant make others to stop their business,” he added referring to the taxi operators.

He said that the film industry is not an event or entertainment, GOI has given it status of Industry. “As per the government law no industry is banned. Person who comes on set is paid on daily basis,” he said.