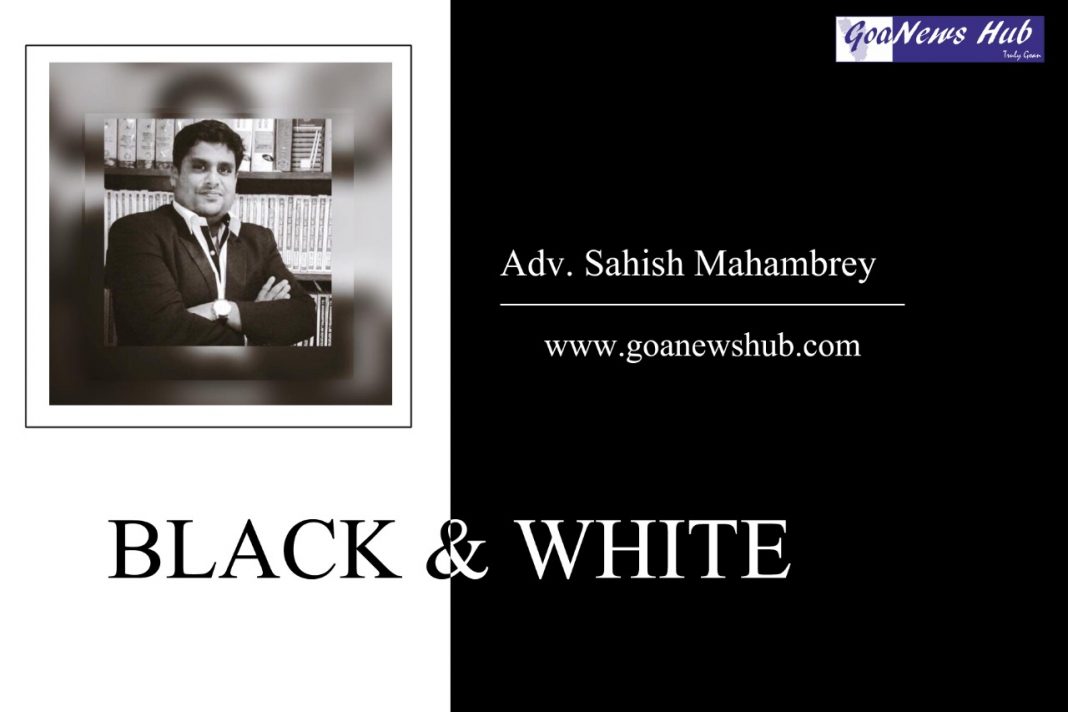 The media is still overburdened with the only “covid 19”.The eyes are  always on what’s happening around the number of cases, deaths and the decisions that are announced by the Chief Minister. When it comes to Chief Minister Pramod Sawant  who has  been in the past crowned as the brand ambassador of this phrase “Bhivpachi Garz Na ” and even chewed by Media and opposition for his Government’s decision especially while dealing with pandemic’s second wave .

However, the most popular decision from him has been the scrapping of Tenth Board Exams and the results just being declared. The Sense of popularity of the decision is quite visible. Just like the judgment in case of Maneka Gandhi case enshrined the play of Article 14 to lay the footings of equality and struck down arbitrariness, similarly all these years of continuous struggle among  the ATKT and “just pass” Class of students, one decision has equated them on par with the toppers .

Among the ATKT and “just pass” Class of students, CM has been elevated to the Demi God status specially when all seem to have been lost and exams were inevitable. Pramod Sawant decision has been the light at the end of the tunnel .For them Pramod Sawant  would be on par with Gandhi , Lenin or even Nelson Mandela .One of the comments  I happened to read was “Bare decision ghetle Pramod Kaka , 2022 San tuch jai amka ” (Great Decision Pramod Uncle , in 2022 we need you back ) .

Cricket and exam is almost the same .Every time you bat ,it is a test and Exam of skills, temperament and what you practice in the nets .One more similarity that has entered the framework between Exams and cricket is ,that match or exam is not concluded results are declared via “Duckworth Lewis method (Average)“ method .

For a family whose three generations failed to scrap through 9th standard suddenly in these two years all records have tumbled .This euphoria has been accompanied by distribution of sweets in the entire neighborhood and even bursting of crackers in some places .Such has been the impact of the decision .With the 12 std exams also being cancelled the careers of many would be reinvented and the  back benchers suddenly have received revival of their careers .

Suddenly Many in the “ATKT “and “just pass “ category who have now been elevated to 9th and 11 th Standard are hopeful of China inventing another virus which reaches India by April 2022 and forces another lockdown or even hopeful that third wave is delayed to next March/April.

It is also a time to reflect on individuals who gave up education as they could not pass the barriers of 9th and 10th standard .The ignominy of fate they are reflecting upon . Then Suddenly Corona has its say and the dynamics of education change .These people would be only ridiculing the Chinese for the delay in inventing the virus .

Overall, looking at the circumstances it was a great decision .And it definitely brought a smile to certain families too in these tough times as the results have been momentous.

Meanwhile the schools have become more or less a one hour daily soap where teachers can hardly concentrate on what’s happening on 20/30 screens .But yet some thing is better than nothing .Exams and evaluations have been reduced to the effect of “free hit “ in cricket .The books are open and there is no danger of failing .

In these two years most children have not seen the gates of the school and totally lost wheels of their daily routines. But in all this children have also been able to enjoy their childhood with all the zest and thrills . Rightfully the focus has shifted on tuning  of extracurricular  activities rather than more on academics .

In the battle of bread and butter we hardly notice how a child grows up so fast .But this pandemic has been a blessing in disguise for family bonding and child integration .The outer world friends have become less and the parents have replaced those friends. The time is bound to change but the memories these times have created specially with time spent by parents and children together have been priceless .When the world will be normal ,as it has to be ,and when children will be back to school these days will be missed, more so when  exam days will be back .

Previous articleRevolutionary Goans slam AAP for meeting MGP
Next article227 new infections, no one died due to covid-19 in Goa on Wednesday