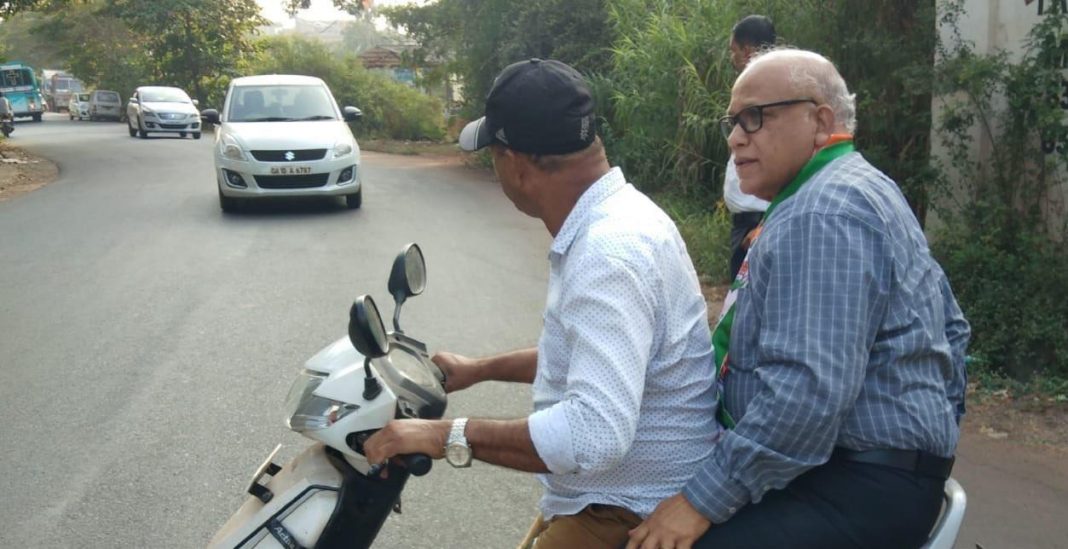 Panaji: Leader of Opposition Digambar Kamat was clicked sitting behind on a scooter which was rode by a person without helmet.

In the same tweet he wrote “will he be challaned?”

Kamat has been touring his assembly constituency of Margao these on regular basis in the run up for upcoming Margao Municipal Council election.