Development for all is Mainstay of Fatorda’s development: Vijai 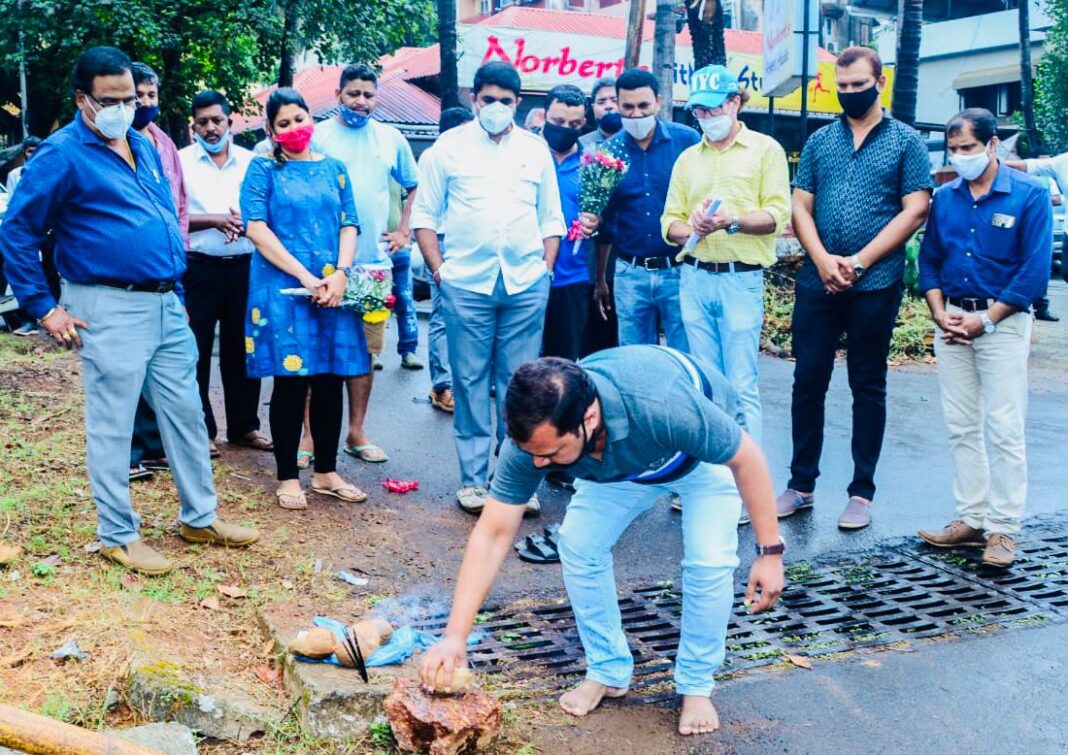 Goa Forward Party President and Fatorda MLA Vijai Sardesai today launched the hot mixing work worth 4cr for ward 8,9,10 of the Borda area in Fatorda constituency. Sardesai said that “Development to us in Fatorda is not just cosmetic for the main roads but involves giving each and every resident in the area world class infrastructure.”

The Fatorda MLA stated that “development for all is mainstay of Fatorda’s development . Citizens of Fatorda are smart enough to understand who works 24X7 for them unlike those who will work only to gather votes in civic polls like the Government agents in the Fatorda constituency. Vijai Sardesai pointed out that under his watch “development happens round the clock and not once in blue moon.”

Goa Forward Party Chief Vijai Sardesai further said keeping an eye on Muncipal polls BJP has now launched a helpline. Our helpline (8888411111) has been in operation for almost 9years now. Fatorda was the only constituency which had dedicated Covid ambulance in Goa which catered to more than 750 patients. We don’t work keeping in mind municipal polls unlike others. Development work in Fatorda continues even without Government’s support. Development with consent is the mantra which I believe in said Sardesai.

Sardesai speaking on this vision of development said “I was taught to give everyone respect, and to treat everyone equally. That is why the development I work to bring in for the Fatorda constituency and for our people is with their consent. This is how we all move forward together and United.” He said “the government has no long term vision or planning and do things only for elections. The BJP only knows to campaign and not govern”, Sardesai said.