Counting for 40 Goa assembly seats begin, fate of 302 candidates to be decided 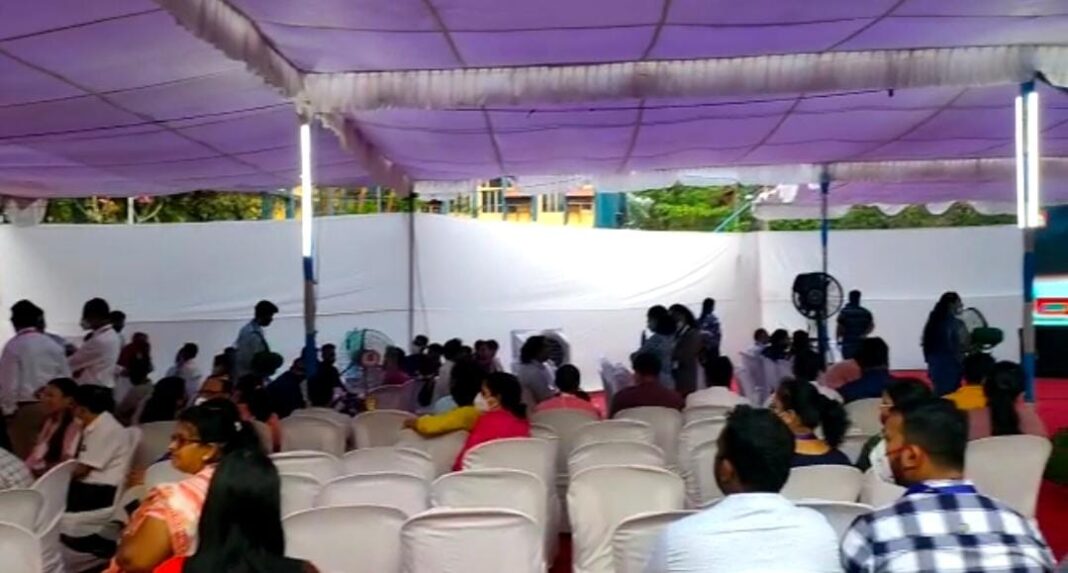 Panaji: The counting of votes for all the 40 assembly segments in Goa has began at 8 am in two different centres in the coastal state.

The votes for the Assembly segments in North Goa district are being counted at Government Polytechnic in Panaji, while for South Goa, it is at Damodar College in Margao town.

The fate of 302 candidates will be decided at the end of the counting today.

A senior election official said that the strongrooms were opened at 6.30 a.m, today after which the candidates along with their counting agents were allowed to enter in.

The candidates and their agents had to compulsorily bring either RTPCR negative test certificate or double vaccination certificate to get entry into the counting centre.

The trends of the counting will start coming by 8.30 a.m.

The counting of ballot papers is being taken up first before opening the Electronic Voting Machines (EVMs). The first result is expected to come within an hour.