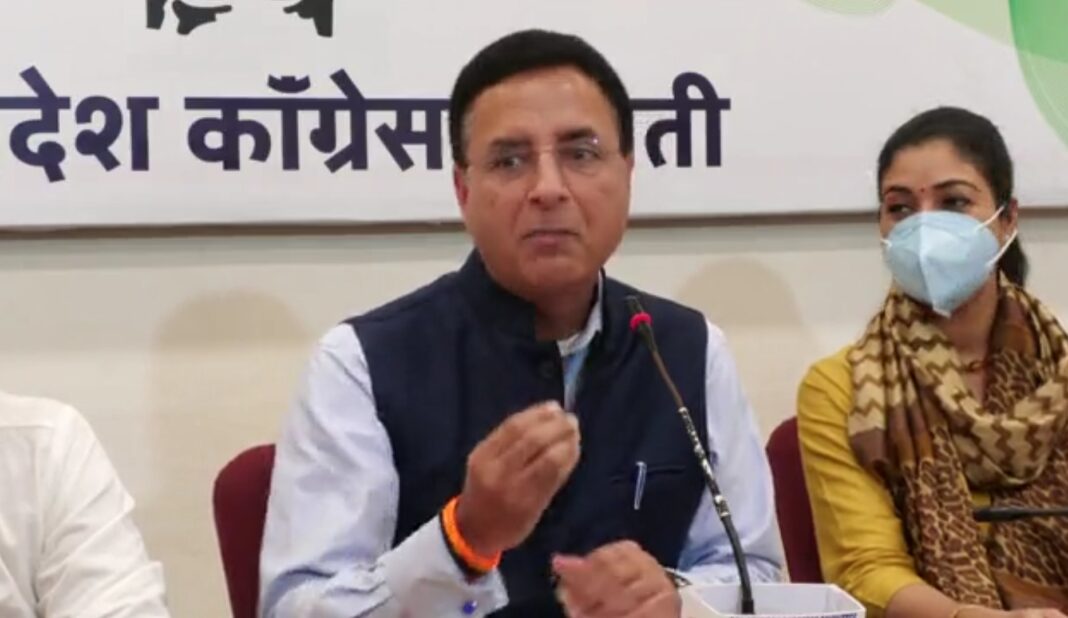 Addressing a press conference in Goa, Surjewala also termed Kejriwal as “imposter” who has come to Goa to give “cover firing” to the BJP, which is losing the grounds.

“Kejriwal is the person who swore by Lokayukta and Lokpal. He is the person who came to power opposing the congress party. Where is Lokpal? Where has it gone? Why does Arvind Kejriwal no longer speaking about Lokpal,” Surjewala said.

The Congress leader said that Kejriwal used to speak about common man but where has been this hundreds of crores of rupees coming from (for Goa polls).

“Where is the government of Aam Aadmi. Arvind Kejriwal is nothing but chhota modi. His mannerism, culture, dictatorship..,” Surjewala said.

The Congress leader said that Kejriwal is an imposter. “Arvind Kejriwal represents finally what RSS or BJP represents. Kejriwal is in Goa and Uttarakhand to give cover fire to BJP which is losing ground,” he said.

Surjewala said that Kejriwal tried to do it last time in Punjab but failed.

He said that there are two people wherever BJP is losing they will send. One is AIMIM , one is Arvind Kejriwal and AAP, they will wear separate hats.

“They will seem to be opposing BJP. Let Goans not be mistaken, at the ends of the day, Kejriwal runs his government with assistance of BJP,” he said.

“Otherwise so many scams have happened in Delhi,  there is no way he would have been able to run the government, he would been behind bars even if 10 per cent of those scams were investigated and taken to the logical conclusion in a court of law,” he alleged.