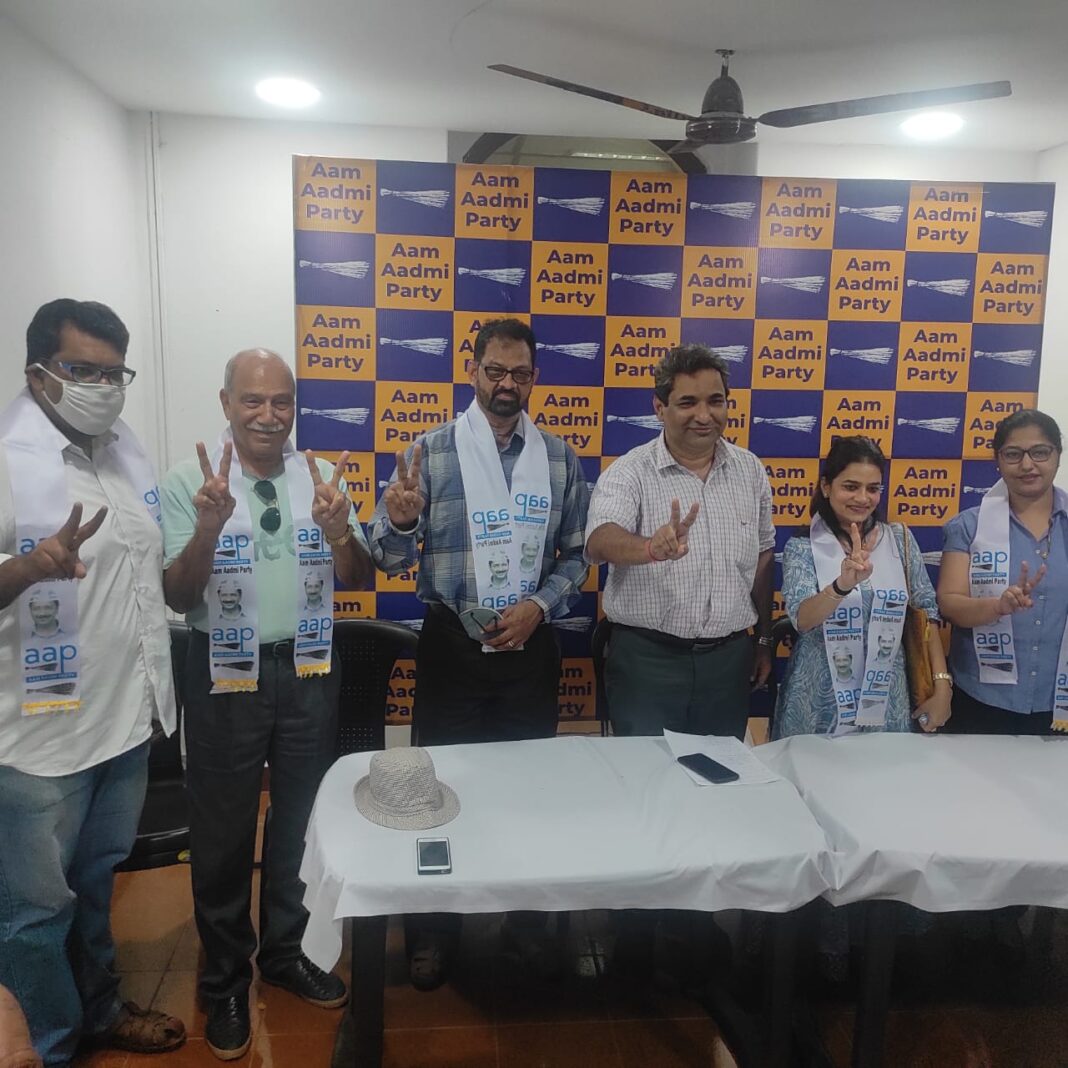 While addressing the media Mhambre said, “Mapusa needs development.There is a serious traffic problem in Mapusa, and there is no place to park two-wheelers. There is also no toilet for vendors in Mapusa market. Mapusa people want a party that will work for them. They are tired of the dirty politics of the BJP and the Congress”.

“AAP has received a tremendous response from Mapusekar and through door-to-door campaigning we have realised that the people want a change this time around. They are determined to see the AAP come to power”, he added.

Further he said, “Entrepreneurs who are fed up with Mapusa’s present status and have joined AAP to rebuild the city are welcome to our party”.

Pravita Kanekar said, “AAP is the party of the people. Mapusa has lost its glory in the last several years. Today the city is facing several issues. Together we shall work to bring back Mapusa’s past glory”.

Suchita Signapurkar said, “My interest in the party stems from the Mapusa Manifesto that the party recently released. I have seen their work in Delhi; I wish to see similar changes in Goa as well. That is why I joined the party”.

Rax Castelia said, “Although I’m 80 years old now, I want to see a change in Mapusa before I pass away. Delhi friends have told me that if AAP can transform Delhi, then they can also transform Goa. We must bring about change. I urge people to vote for AAP”.

Previous articleCongress terms Arvind Kejriwal as chhota modi
Next articlePratima Coutinho to Averatno Furtado: The women of Goa will teach you a lesson this election