Congress spreads misinformation, which needs to be tackled during LS polls: Parrikar 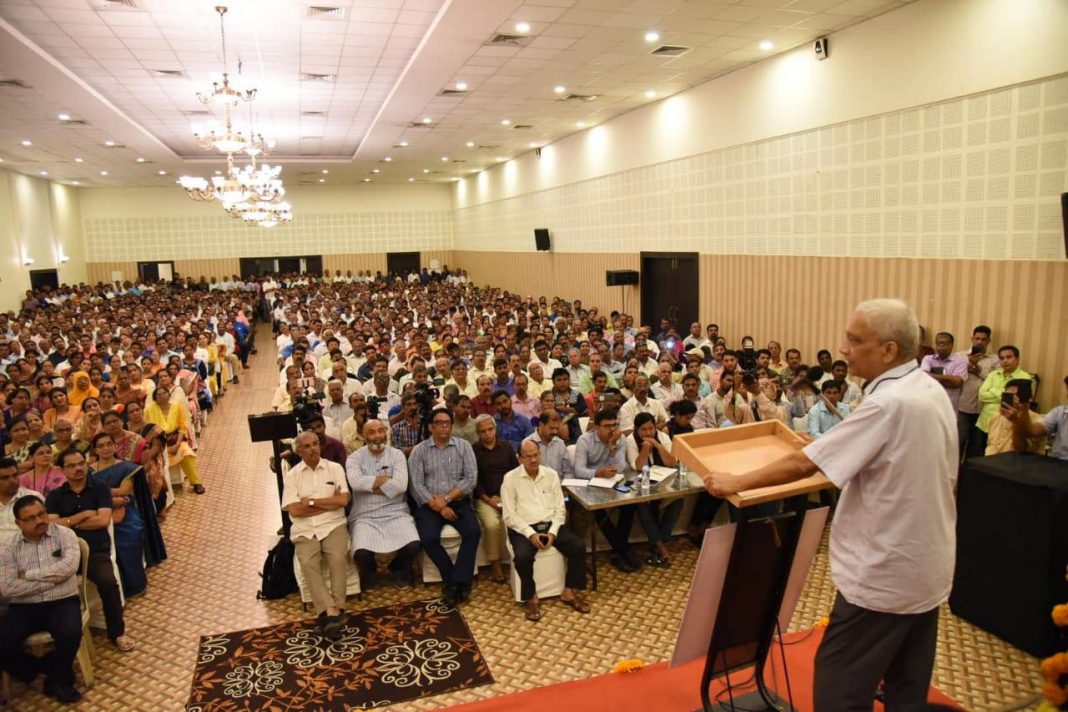 Parrikar was addressing workers’ convention in his assembly constituency of Panaji today which was his first ever interaction with the workers after his return from the USA, last month.

“Initially,  when I came to power, people used to create impression that I am an arrogant person. Congress is expert in spreading such misinformation. The party workers should know how to to respond to them during the upcoming Lok sabha campaign,” the chief minister said.

The chief minister also asked the workers to tackle fake news. “Current is the era of information technology due to which there is continuous streaming of information on Facebook. Also the fake news are planted in it,” he said.

“We have read how people have lost their lives because of fake news. In these circumstances, the workers have to shoulder increased responsibility. As the election will approach, there will be several fake news that would be floated,” he said.

Parrikar said “If we want to win the upcoming election, we will have to inform people about the welfare and developmental schemes undertaken by the Centre, during last four years, by collecting data through all the possible sources.”

The chief minister rued that there are some wrong campaigns that are run by the opposition parties, which needs to be tackled by the workers. “We need to be active and vocal. For example, when they speak against ‘Regional plan’ (land use plan in Goa) they should know that it was then Congress CM digambar kamat which had notified it. The casinos are brought in by Congress in Goa. The permission to allow coal handling at Mormugao Port Trust was also given by the Congress party,” he said.

Parrikar said that the  defaulters like Vijay Mallya and Nirav Modi were given bank loans during the tenure of Congress.

“The non performing assets are created in the country because of the wrong doings of Congress government in the centre,  which are being sorted out by current government,” he said.

Taking a dig at Congress President Rahul Gandhi, Parrikar recalled how the opposition parties were not agreeing to the fact that Indian Army had executed Surgical Strike.

“If you want to do surgical strike, then the most important thing is secrecy. Only four people were knowing about it including PM, me, Army chief and director general of military operations besides Army’s Zone Commander and the Commander in Srinagar,” he added.

Parrikar appealed the workers to reach out to the middle class people and also asked women workers of the party to be more active.

Previous articleManohar Parrikar get emotional  as he addresses party workers
Next articleMahanand’s parole cancelled on the  request of Savera NGO: IGP