Manohar Parrikar get emotional  as he addresses party workers 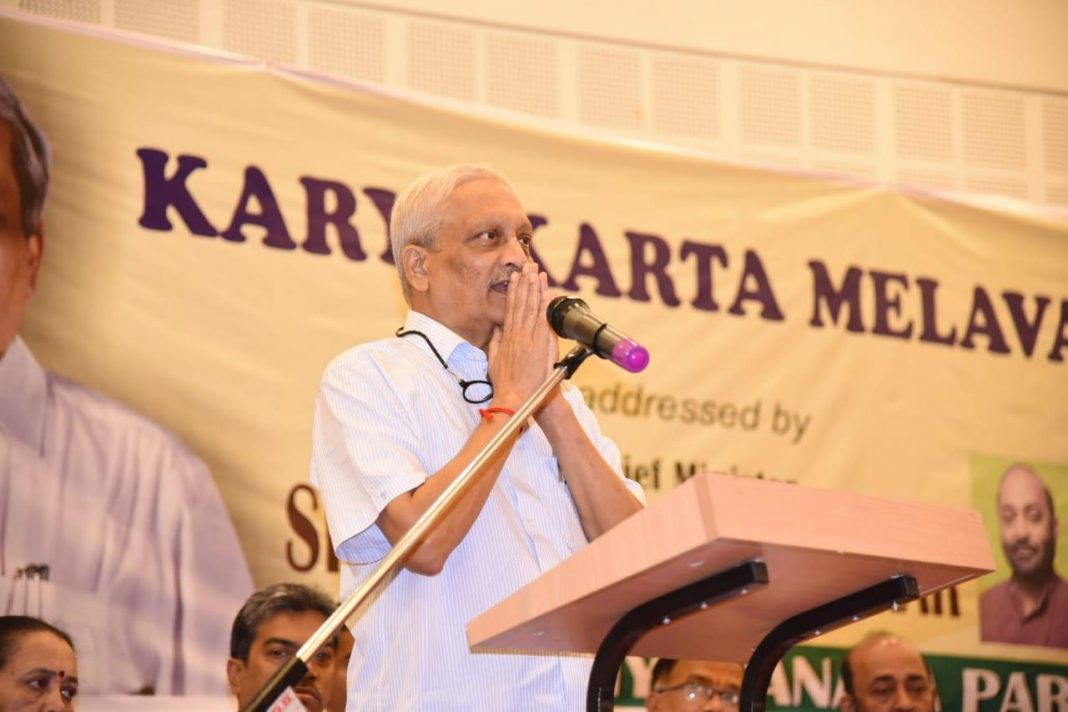 Panaji: In his first ever address to the party workers since the time he has returned from the USA, Goa Chief Minister Manohar Parrikar was choked with tears as he began his speech this evening in Panaji.

Parrikar, 62, had returned from the three month long treatment in the USA last month.

“When I got up initially to address you all, I was in tears. I have not met the worker for last four months. But I expect, that I would be able to visit at least some villages and meet the workers after the monsoons,” said the Chief Minister during party workers’ meet held in Panaji today.

Parrikar got standing ovation when he arrived at the venue today in his own assembly constituency of Panaji.

Since his return from the USA, the chief minister has been avoiding anything that could cause him infection.

“I have been given separate seat on the dais because stainless seat can be wiped. Even this mike can be wiped out,” he said as he stood up to address the gathering.

“My colleagues and all of you have decided to take care of me so that I don’t contact any infection,” he added.

Parrikar said that because of the wishes and prayers of the people, he was back again in the State. “I think your prayers reached top (God) and they were heard. Slowly, I have started concentrating on the work,” said the chief minister addressing a jam pack hall with the audience of around 2,000 people.

Referring to the current controversy about formalin laced fish, Parrikar jokingly said   that he had come to Goa (from Delhi as union defence minister) for fish. “No one needs to worry. I will not allow Goans to eat polluted fish,” the chief minister said.

Parrikar had tweeted on Saturday that he has been personally monitoring the issue of formalin in fish.

Previous articleSudin to be back in Goa tmro; to attend Assembly session
Next articleCongress spreads misinformation, which needs to be tackled during LS polls: Parrikar