Congress gets boost in Bicholim, Meghashyam Raut joins the party 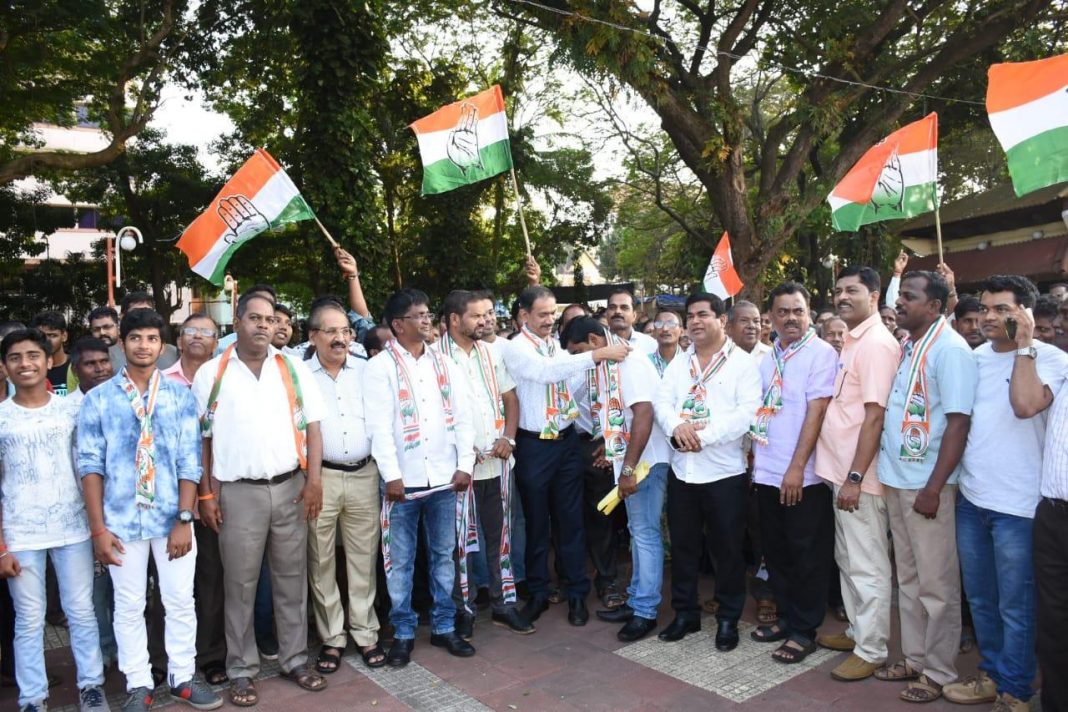 Bicholim: Congress party got a major boost in Bicholim constituency after social activist Meghashyam Raut along with his supporters joined the party.

Raut is a social activist who has been actively working for the people of Bicholim constituency.

Chodankar said that the people are increasingly joining Congress party as the ruling parties have taken Goa backward by several years.

“Raut is a  dynamic businessman and social worker who has worked and he has been connected to people from different sector. He has joined along with the workers,” he said.

Leader of Opposition Kavlekar said that Raut has been working in the constituency despite having no formal position in the party. “The people are with him and he has a bright political career,” he said.

Speaking on the occasion, Raut said that he has joined political party to work for the welfare of the people. “I was working abroad for 17 years but my heart always remained for the villagers. There were suggestions for me to settle abroad, but I had decided that I will come back to my motherland and work for it,” he said.

He thanked Block President Nasir Beig for encouraging him to join the party.

“I have always been raising issues of the people but joining party will give me platform to take up the cause of the people,” Raut said.