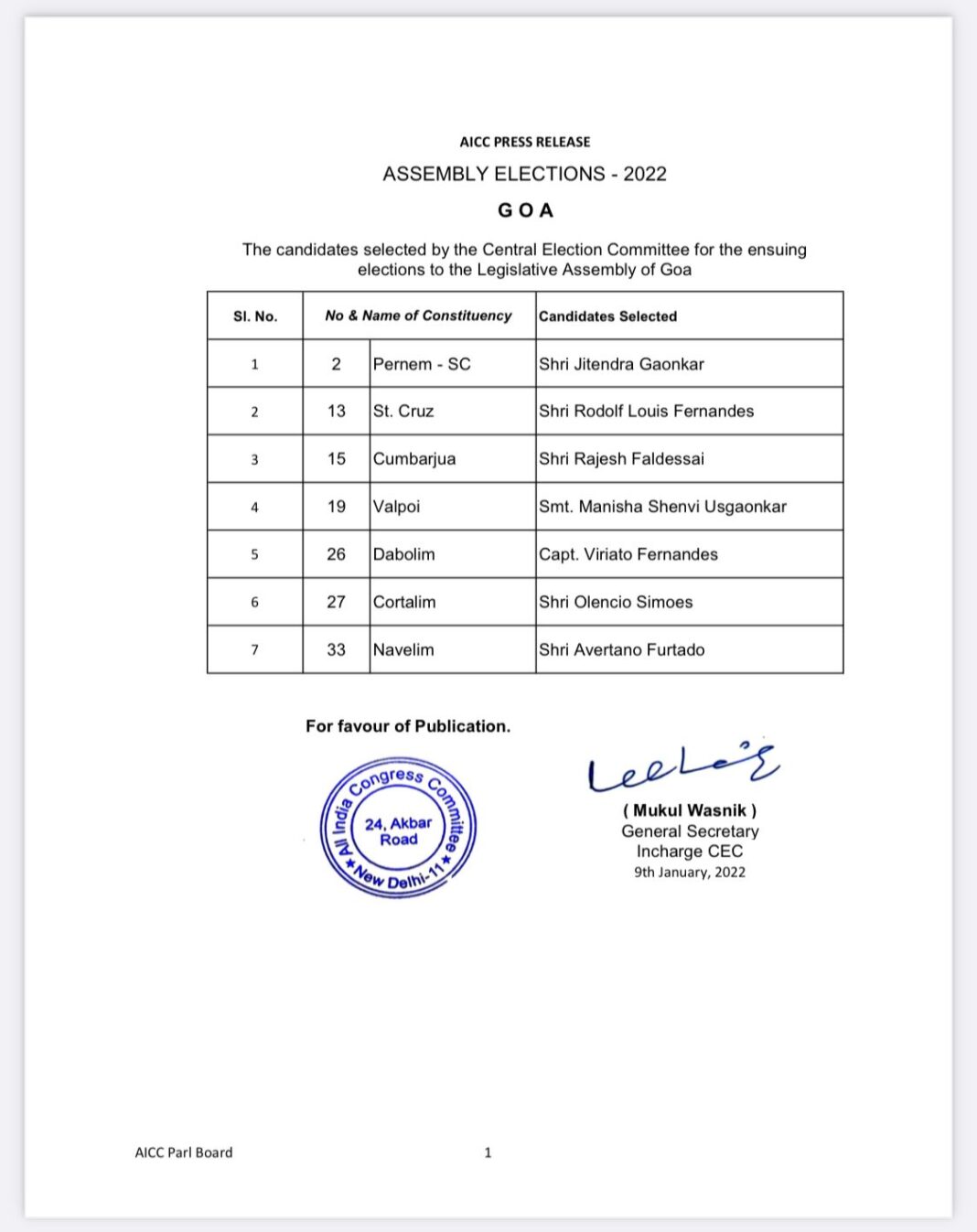 All India Congress Committee Goa Desk in charge Dinesh Gundu Rao said that the constituencies of Fatorda (South Goa) and Mayem (North Goa) would be contested by their alliance partners, Goa Forward Party.

The list which was announced by the party on Saturday includes former BJP minister Avertano Furtado, who would be contesting on Congress ticket from Navelim Assembly constituency in South Goa.

Jitendra Gaonkar will contest from Pernem Assembly constituency while Rodolf Fernandes is in the fray from St Cruz Constituency.