CM Sawant must stop lying, your Govt has failed to address land issues in 8 years, How can you promise to do it in 8 months?: Surel Tilve 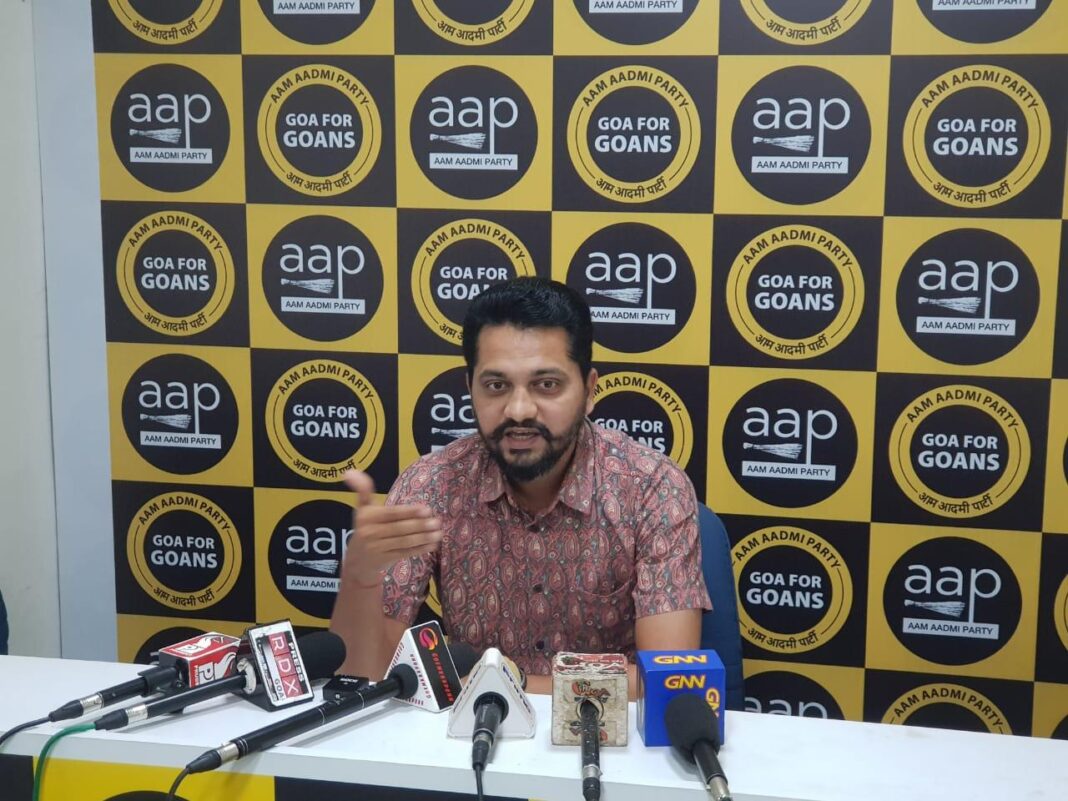 “Sawant cannot do this. What is the roadmap? BJP has not done this for so many years and they dont have intentions to do it. Late Mr. Manohar Parrikar had amended Tenancy Act and cases were transfered from Mamlatdar courts and Dy Collector courts to Trial and District courts and many cases were decided against Tenants because of this, Mr. Parrikar had to take back this amendment because of public outrage and because of this cases were kept pending for shifting from this court to that for almost 4-5 years.”, said Tilve.

Land right issues are the biggest problem of Goa, Both BJP and Congress have failed to resolve this issue, both the political parties have betrayed the people of Goa.

“If CM Sawant was so concerned about land rights, he should not have directed his police to arrest peaceful Mopa Protesters.”, said Surel Tilve.

As far as AAP’s stand is concerned we firmly believe that land rights should be given to the Goans and we stand united with the demand of Goans to end this long pending issue. It is the right of Goans to own their lands.

Wishing Society of Pillar on its 83rd Reorganisation Day