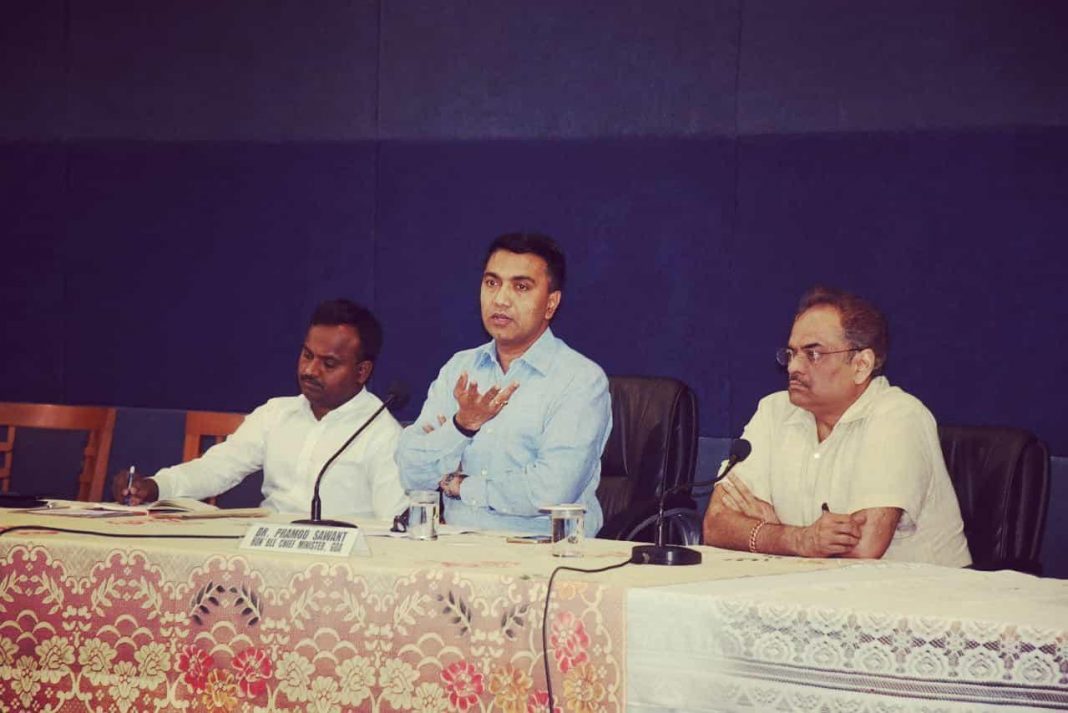 Porvorim: Chief Minister Pramod Sawant held a meeting with the Heads of various Government Departments (HODs), at the Secretariat, on Thursday.
State Chief Secretary, Shri Parimal Rai, IAS and the Secretary to the Chief Minister, Shri J. Ashok Kumar, IAS were present at the meeting. The purpose of the meeting was to resolve issues that were affecting efficiency in the functioning of the administration in various Government Departments.
The Chief Minister said that the Government administration should be accessible to the people and transparent and for that it was important to streamline administration. Dr Sawant said that it was important to monitor the behaviour of Government staff and ensure that they maintain punctuality and discipline.
Dr Sawant asked Government Departments to work on revenue generation, wherever possible. He asked the HODs to prioritise Government projects and avoid delays.
Dr Sawant also sought status on completed Government projects that were lying unused for various reasons. He asked Departments to identify Government owned properties and offices which are lying idle, and which can be used for Government purposes instead of working in premises which are on rent.
Dr Sawant further stressed on the importance of inter-departmental coordination saying that Departments should plan together and communicate with each other so that administrative work goes on smoothly.
Dr Sawant asked Heads of Departments to avail of centrally sponsored schemes, which will benefit the people of Goa.
The Chief Secretary, Shri Parimal Rai, IAS, asked Heads of Departments to exercise financial prudence and avoid unnecessary expenditure. He asked the HODs to take steps to take administration to the masses, ensure transparency and maximum utilisation of assets, and work as a team.
- Advertisement -