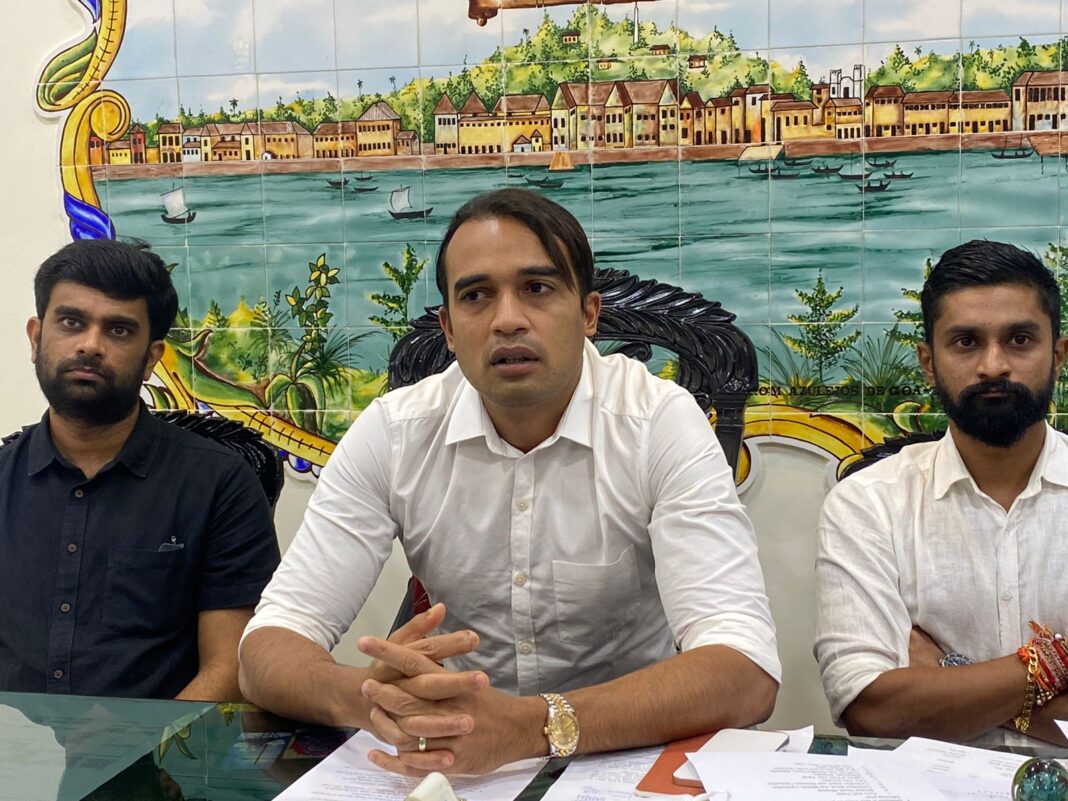 Panaji : Corporation of the City of Panaji under Mayor Rohit Monseratte has issued guidelines prior to Ganesh Chaturthi festival.
According to the guidelines Sale/purchase of plaster of Paris idols is strictly prohibited. All chitrashalls shall make social distancing arrangements outside the vending point.
Mayor Monseratte informed that only two people with one vehicle would be allowed for picking up idols from the Chitrashalla. All vendors entering Panaji for sale of Matoli items will be placed at designated areas near Royal foods from 8th to 10th September, 2020 only. No special stalls will be erected anywhere in Panaji for sale of fireworks/firecrackers except those permitted by the corporation.

This year according to guidelines, public gathering, celebration, arthis for Sarvajanik Ganesh shall be limited to 50% capacity or as per the State Government SOP. CCP has asked Ganesh Committees to not use fireworks/firecrackers so as to avoid pollution. No celebration in any form shall be allowed in containment zones, if any.
Immersion of idols within the jurisdiction of CCP in Panaji area will be ferry wharf, Miramar- beach, Caranzalem- caranzalem beach near Martins, Caranzalem- Caranzalem beach near swimsea, Ribandar- ferry wharf, Panaji- captain of ports jetty,  Ribander – Manaswada, Ribandar- Fondvem near Akhadkar house, Ribandar- Sao Pedro near Kamat house, Mala- four pillars, Patto- near PWD office.
Only 2-3 members of each house shall be allowed for immersion of the idols. All flowers/garlands/nirmalaya will be deposited in containers placed at each immersion site and shall not be disposed of in the water bodies. No fireworks shall be used at the immersion site. Vehicles shall be parked away from the immersion spot to avoid congestion.
Citizens are advised by CCP to undertake immersion from 5 PM to 10 PM. No procession shall be allowed while bringing the idols to the immersion points. No gathering after the immersion shall be allowed.
CCP has also advised to maintain social distance and wear masks at all times.
- Advertisement -