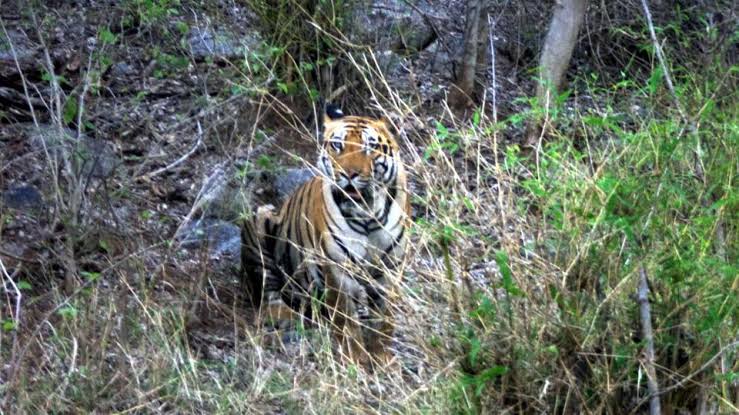 Valpoi: In a mass death of tigers, fourth carcass of a cub was recovered from Mahadayi wildlife sanctuary in North Goa’s Sattari taluka by the Forest department officials on Wednesday.

On Wednesday itself, two carcasses including that of a tigress and her cub were recovered from Mahadayi Wildlife Sanctuary. The first cub was recovered on Sunday and another on Tuesday evening.

State Forest Department officials said that the fourth cub was also found within one kilometer radius of other carcasses.

A senior forest department official said that all the carcass belongs to the single family comprising of tigress and her three cubs, who were spotted during camera trapping on December 23 in Mahadayi Wildlife Sanctuary.

The carcasses were recovered in the forests of Golavali village in Sattari’s Thane-Dongurli panchayat. Forest department officials have rounded up four suspects, who are being questioned for their alleged involvement in the offence.

Environmentalist Rajendra Kerkar, who has been camping near the spot, said that it is shameful that such deaths have happened. He lamented that Forest department does not have proper infrastructure to conduct the postmortem to ascertain the cause of death.

The department has prime-facie observed that the deaths may be a part of “revenge killing” as they were killed by offering poison through meat. The tiger had killed livestock in this village, some days back.

Goa’s Health Minister Vishwajit Rane,  in whose assembly constituency the deaths have been reported, has appealed Union Environment, Forest and Climate Change ministry to send a central team to investigate the incidents.

Earlier during the day, Rane tweeted “Rane tweeted “with reference to the two cubs that have been found dead at Mahadayi wildlife Sanctuary, Sattari, I would requestion Union Minister for Forest Shri @PrakashJavdekar to intervene and send a central team to conduct a detailed investigation into the matter.”