Blind youngster from Vavurla wish to play for team India 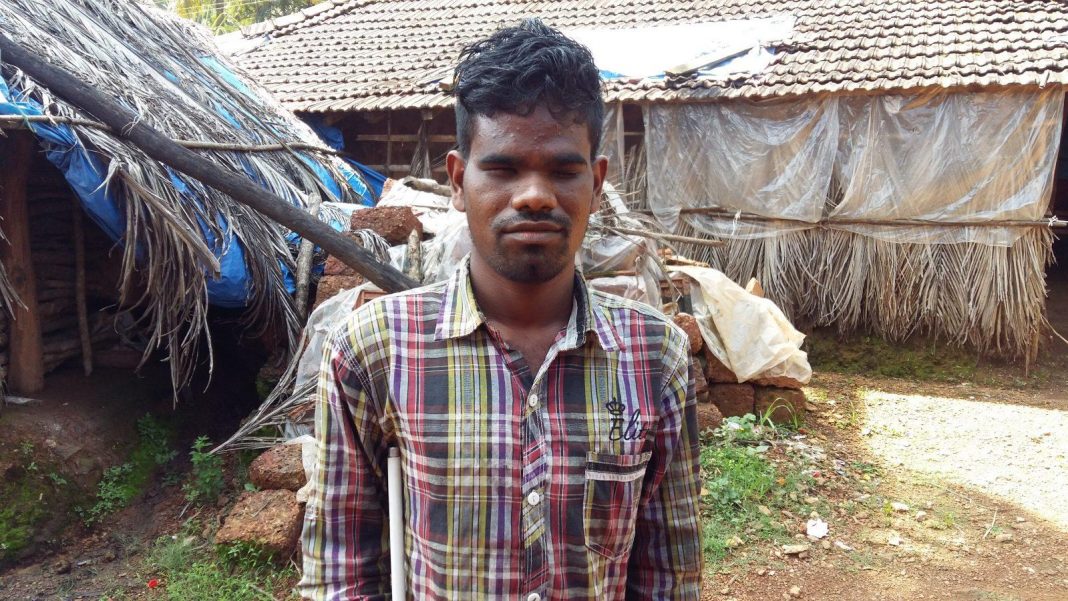 Canacona:  ‘Nothing is impossible’, says a young blind boy from the tribal area of Quepem which has no road access that situated in between the hill ranges of Canacona and Quepem.

Tukaram Gaonkar (22) resident of Vavurla-Quepem is blind since his birth and has studied till 10th standard and quit the further education from Pune due to unfavourable climatic condition. Like him other students also faces issues for the education.

“I walk alone three kilometres from the hilly area to catch the bus that takes me to the nearest town of Canacona. I do all my routines of life on my own. I travel Ponda, Margao or Porvorim GCA all alone”, Gaonkar explains.

When asked how he manages, he says, “nothing is impossible and if you have wish there is a will”.

Children in the Vavurla village have not even have a proper space to play due to the geographic condition of the village. The people residing are the settlers since centuries.

Gaonkar coming extremely from the impossible area has participated in blind team of Goa on several accessions. He is presently a volunteer in the hosting of triangular cricket series for blind in Goa.

“I love cricket and have an ambition to play for a team India, I played for State team twice”, Gaonkar said.

Besides cricket he also participated in most of the athletics for blind.

“I also played for most of the athletics including shot Put, running and javelin throw etc. I played for Blind Cricket Association, I have achieved gold medal for shot Put”, he informed.

“I always liked cricket, I was hearing commentary on the radio during the cricket matches”, Gonakar exclaimed.

This young talent hails from where you need to literally walk for almost one and half hour to take the pub to reach to the town.