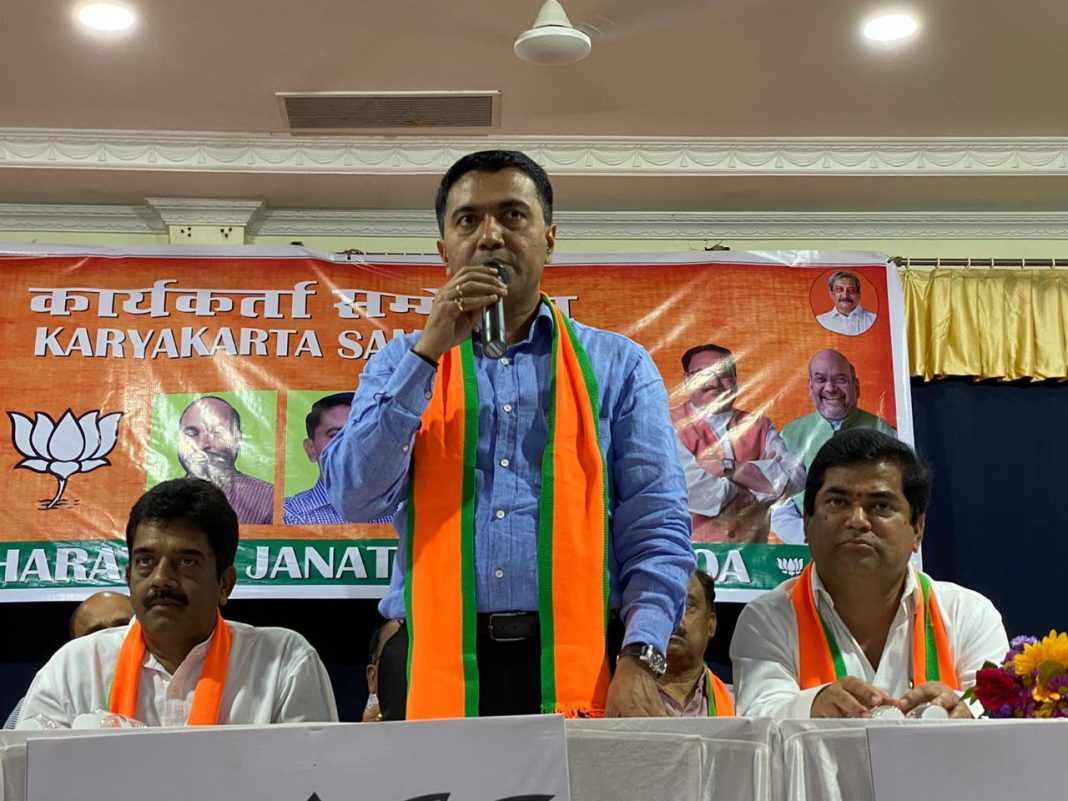 Panaji: Chief Minister Pramod Sawant on Sunday said that the party will cross a mark of 30 during the 2022 Assembly Session in the 40-seat House.

Sawant said that the party workers need to gear for the upcoming Goa Assembly poll which are scheduled to be held in next 25 months.

The Chief Minister addressing party workers’ convention in Panaji in presence of National Vice President Avinash Rai Khanna and others. He was speaking after Sadanand Shet Tanavade was officially announced as new chief of the party.

“Everyone has witnessed ups and downs that the party has faced in last several years. We formed the government (after 2017 Assembly election) though we had won only on 13 seats. That could happen because of late Manohar Parrikar,” Sawant said.

“Our strength in the House rose from 13 to 27 with the blessings of late Parrikar. Now, the future responsibility of the party lies with the workers,” the chief minister said addressing a crowd of around 1,000 workers.

Sawant said that the party should get ready to face upcoming 2022 Goa Assembly election, which is just 25 months ahead from now.

“We should target to win on more than 30 seats during the election for which each of the worker will have to work hard,” he said.