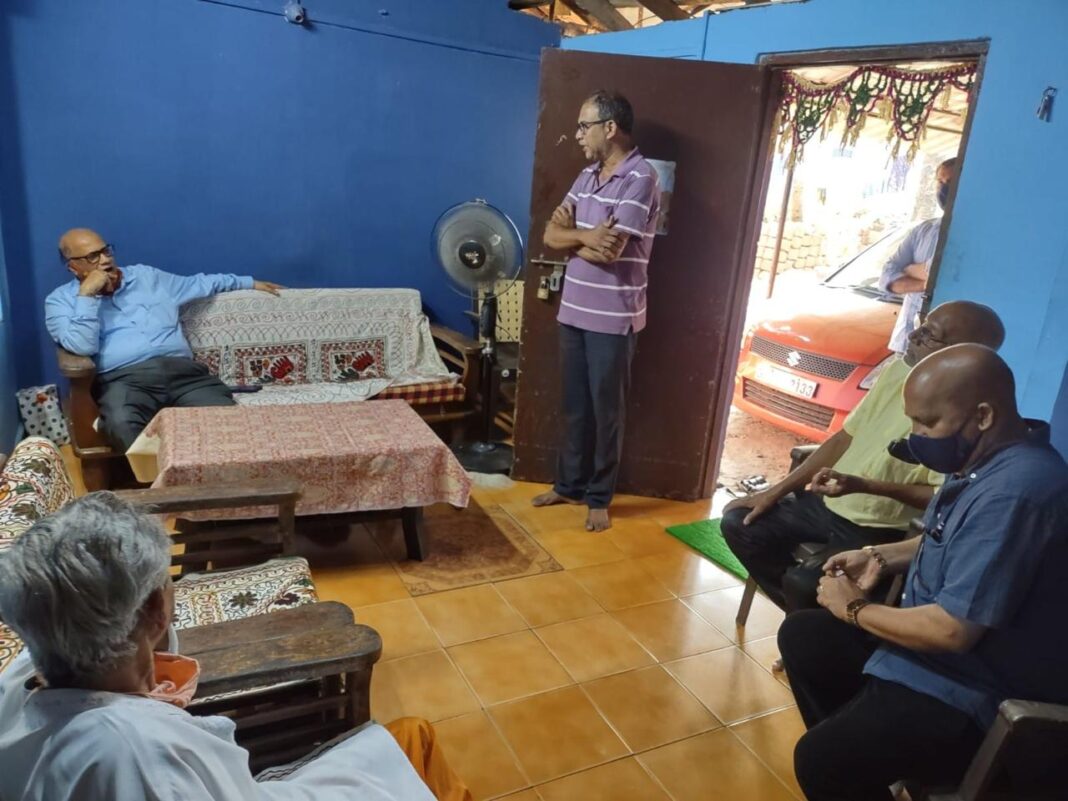 Quepem: Action by a group of BJP leaders including one of the Personal Assistant to Deputy Chief Minister Babu Kavlekar has caused major embarrassment to Bharatiya Janata Party.

In what seems to be an indication of desperation, a group of leaders were caught on camera on Saturday trying to stop a candidate from filing his nomination for the election of Quepem Municipal Council.

Prominent amongst them was a personal assistant to Kavlekar. The attempt mirrored the desperation of the Deputy Chief Minister to save his urban bastion from falling after his change to BJP.

On Sunday, Leader of Opposition Digambar Kamat met Ramesh Naik, who was stopped from filing the nomination.

Kamat said that this action is condemnable as it has never happened in the past that the candidate is stopped from exercising his democratic right to contest.