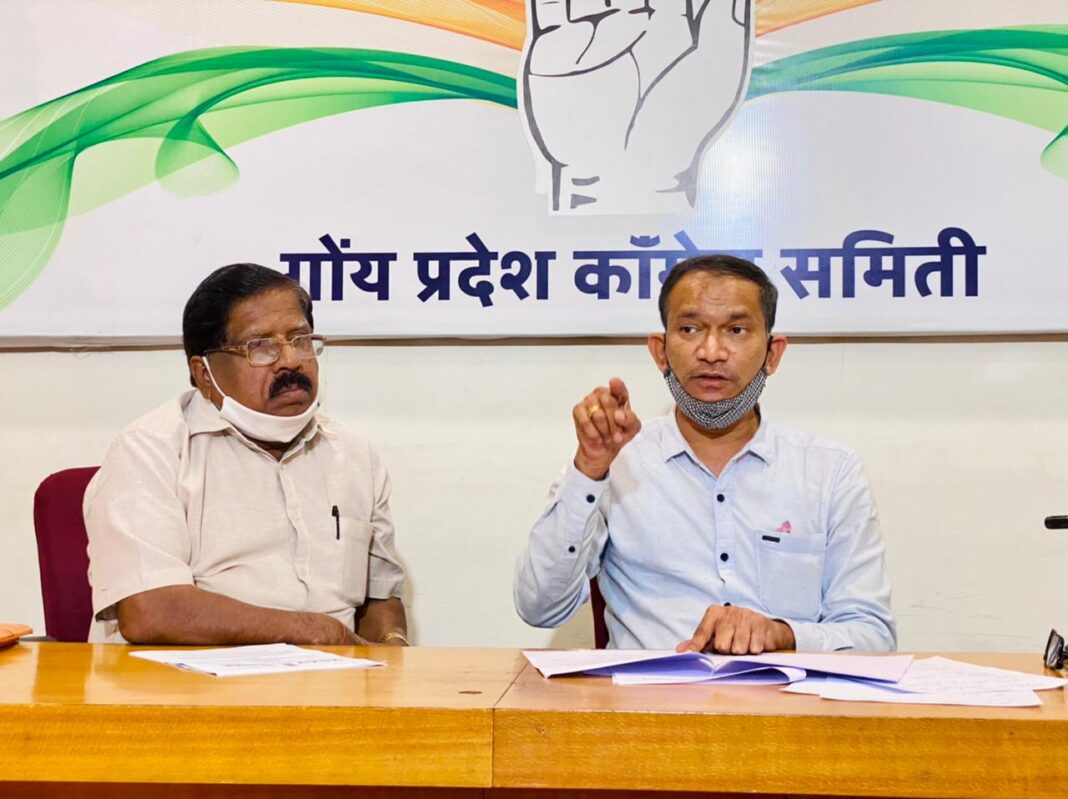 Panaji:Goa government on Wednesday announced night curfew in the state till April 30 between 10 pm till 6 am. From today onwards. Chief Minister Pramod...
Read more

Panjim: The BJP government since coming to power is all out to sell Goa to Crony Capitalists friends of Prime Minister Narendra Modi with the Three Linear Projects, Railway Double Tracking and CZMP and now the draconian OCI notification issued by the Modi Governments Home Ministry will finish the hard working Goans working abroad charged GPCC president Girish Chodankar in a press conference held at Congress House in Panjim today.

Goa Pradesh Congress Committee slammed the BJP-run Union Ministry of Home Affairs’ notification of March 4th, 2021 that dramatically altered the status of Overseas Citizens of India (including Non-Resident Goans). The notification issued under Section 7B of the Citizenship Act, 1955, supersedes three earlier notifications issued during the UPA Government’s time and laid down the rights of the OCIs. The new notification humiliates and illegally classifies OCIs as “foreign nationals” and introduces a series of new restrictions that dramatically curtails the rights and liberties of OCIs of India stated Girish Chodankar.

“Modi government is working on the behest of RSS and implementing their ideologies to create more troubles to people. They together want to sell Goa to crony capitalist friends of Modi.” Girish Chodankar llleged.

“Goa government is not able to give jobs to the people of this state, hence our youths find jobs overseas. This new notification will disconnect them with Goa and also will create hurdles to send money, by creating a wall of bureaucracy, to their families. Hence this notification should be immediately withdrawn as it will further collapse the economy.” He demanded.

“We will face a scenario where the central government will harass people by sending notices to people living in Goa who receive funds from their OCI relatives abroad”, warned Chodankar.

Chodankar further elaborated that Non-Resident Goans abroad will now not be able to send money to their families in India without having to go through the hardships of FEMA regulations. Goan OCIs, especially those with Portuguese passports, will not be able to participate in religious activities such as organizing feasts and donating to Temples, Churches, Mosques and Gurudwaras in Goa he said.

“I want to remind the BJP Government that the OCI privileges were a gift and a right extended to the Goans overseas from Indian National Congress. Congress Party had implemented the concept not to just give people of Indian origin with foreign national citizenship a right-filled pass to participate in the future of their country of origin but was the first experimental step towards dual citizenship where people like Goans with Portuguese passports would be able to vote in elections in India.” He said.

“After 16 years BJP led Government at the Centre has decided to go back on the promise that the Indian government in the past made to the first- and second-generation people of Indian origin while BJP Government at the state level behaves like a rubber stamp of approval.” He further said.

The Congress Party in Goa strongly condemns this draconian notification by the Modi led BJP Government which is yet another step to close Indian society to the outside world and will have an economic fallout of discouraging FDI into the Indian economy. Goans overseas will find it increasingly difficult to invest in and contribute to Protect Identity of Goa claimed Chodankar.

This bill does not just deny people of Indian origin living abroad their lifelong wish of dual citizenship, it severs the legal and emotional link they have to their motherland.

Panaji:Goa government on Wednesday announced night curfew in the state till April 30 between 10 pm till 6 am. From today onwards. Chief Minister Pramod...
Read more
News

Panaji: Chief Minister Dr Pramod P Sawant has extended his greetings and warm wishes to the people of Goa on the holy occasion of...
Read more