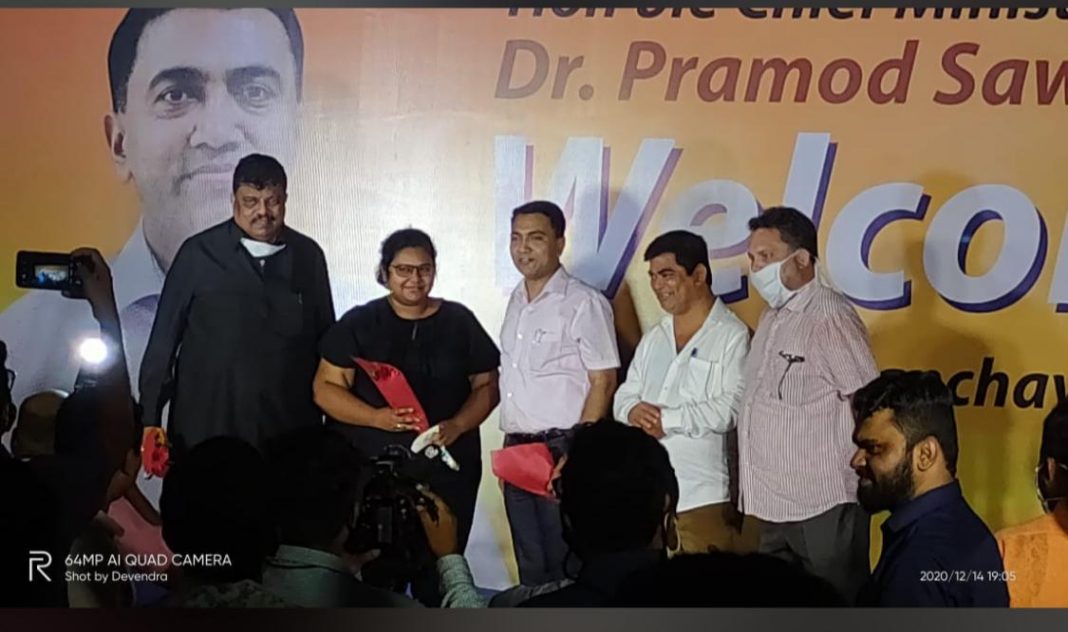 Colva: After facing wrath for joining the band of BJP candidates who were called by CM Pramod Sawant for felicitation after winning Zilla Panchayat polls, Colva ZP elect member Vania Valankani Baptista has said that “attending a function does not mean I have joined BJP.”

Baptista along with NCP MLA Churchill Alemao was amongst the only non-BJP ZP member that was felicitated by CM during the function held on the counting day. The move was considered as an attempt of Alemao to have understanding with BJP in the ZP.

In the message posted on her Facebook, Baptista wrote “Last night, I had the honour to meet the CM of Goa and other ministers at a felicitation function held at CMs residence.”

“This function was organised by the chief minister to welcome all newly elected representatives of Zilla Panchayat (not just BJP winners). As a courtesy call, my leader Mr Churchill Alemao and I, met the chief minister.”

“Attending the function doesn’t mean I have joined BJP. I am still representating my people and my party that is the nationalist congress party. I didn’t wear the BJP sash what the other winners of BJP were wearing. So my dear people of colva, don’t worry, I will always be with you and keep your interest first. I’ll always keep my party flag flying high.”