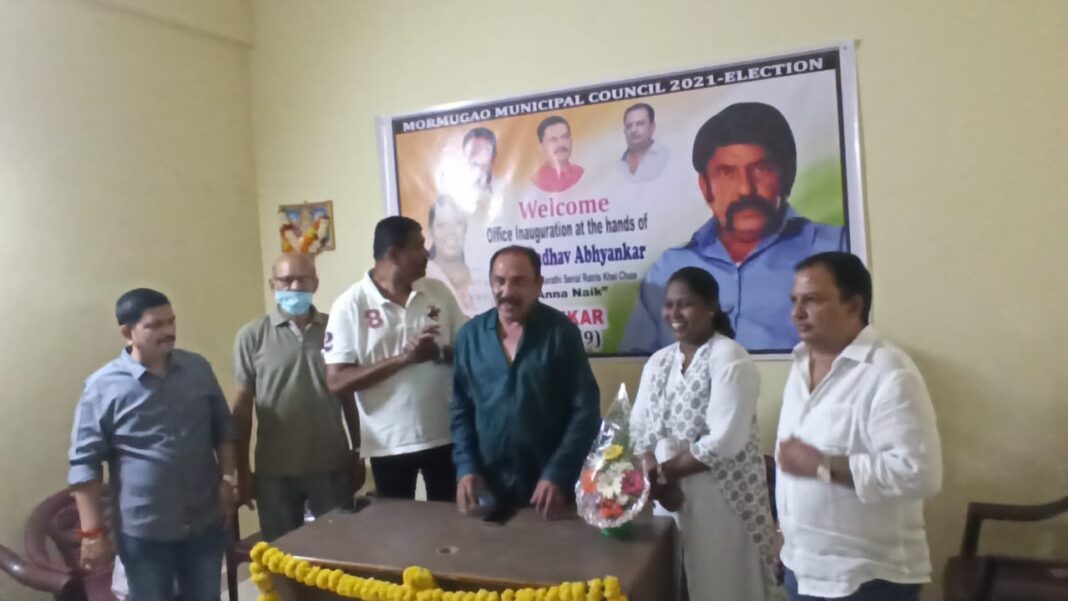 Abhyankar, who is the fame of Zee Marathi serial “Ratris Khel Chale” through his character Anna Naik, opened the campaign office of Yogita Parsekar in ward number 09 of MMC.

One of the most iconic religious structures at Old Goa, The Basilica of Bom Jesus, which is home to the sacred relics of revered saint Francis Xavier, may soon have to shed its old look to prevent further deterioration of the red church, made up of laterite stones, due to continuous exposure to the elements.

he Church authorities have now begun a consultation process with experts from the Archaeological Society of India (ASI) as well as conservation trusts to try and stall the deterioration of the building.

“Various experts in the country and abroad have said that lime plastering of the exposed surface of the Basilica is the only time tested solution to conserve it. If we want to conserve the Basilica, we have to re-plaster the exterior to avoid a major tragedy in the future,” Fr Fernandes said.

The authorities said they earlier feared that an attempt to change the look of the monument would be met with resistance simply because of how people have gotten used to seeing it.

“The reaction has been very encouraging so far with all the feedback we have received asking us to do whatever it takes to help preserve the Basilica,” Fr Fernandes said.

The Church has now formed a committee of experts and authorities, who in consultation with the ASI, will decide the next steps including a thorough study on the damage done so far.