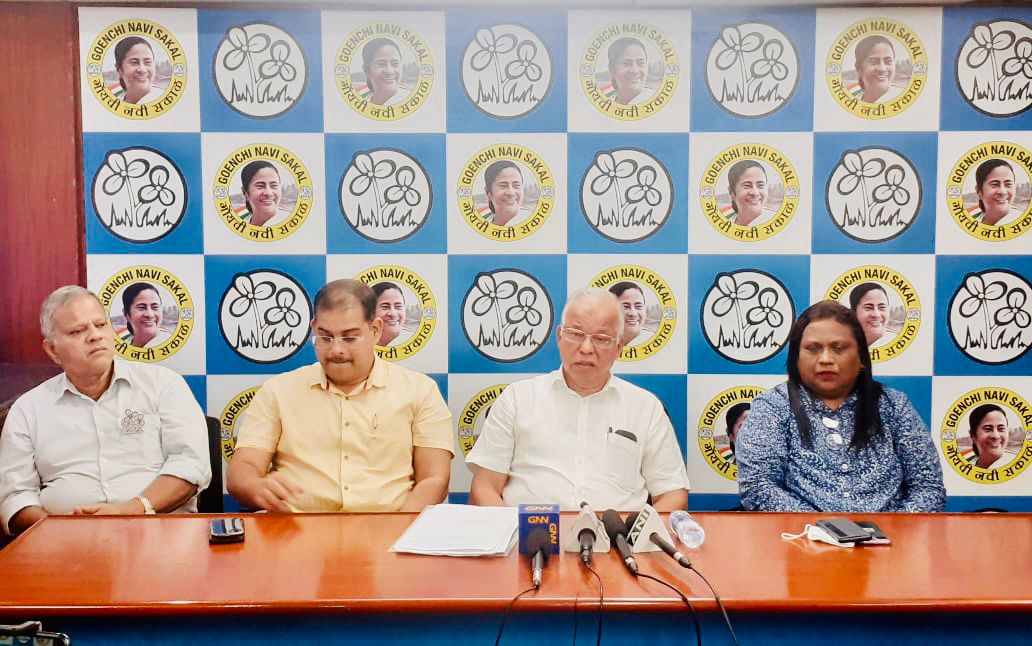 AITC National Vice-President Shri Luizinho Faleiro today strongly hit out at critics who had called his nomination to the Rajya Sabha a ‘retirement package.’ In Goa, addressing his first press conference after filing the nomination, Shri Faleiro said that he had not retired, and in fact had taken this step to raise Goa specific issues nationally, in the Parliament in Delhi.

Shri Faleiro thanked AITC Chairperson Mamata Banerjee for giving him this opportunity and added that he will not compromise, nor make empty promises. He reiterated that, ‘Goa does not want the Gujarat model nor the Bengal model, but needs a Goa model and that will happen only if the people of Goa decide what’s best for Goa. It is TMC’s aim to ensure that Goans get good governance.’

Hitting out strongly at the Congress, Shri Faleiro accused the Congress of ‘being a party that is involved in the wholesale business of selling MLAs & dividing votes.’

Shri Luizinho Faleiro also spoke elaborately on his vision for Goa and said that issues like mining, unemployment, economy, environment would be high on his priority list.

On the issue of mining, Shri Luizinho Faleiro clarified that the TMC supports sustainable and legal mining and the party will fight for legal mining to resume as early as possible.