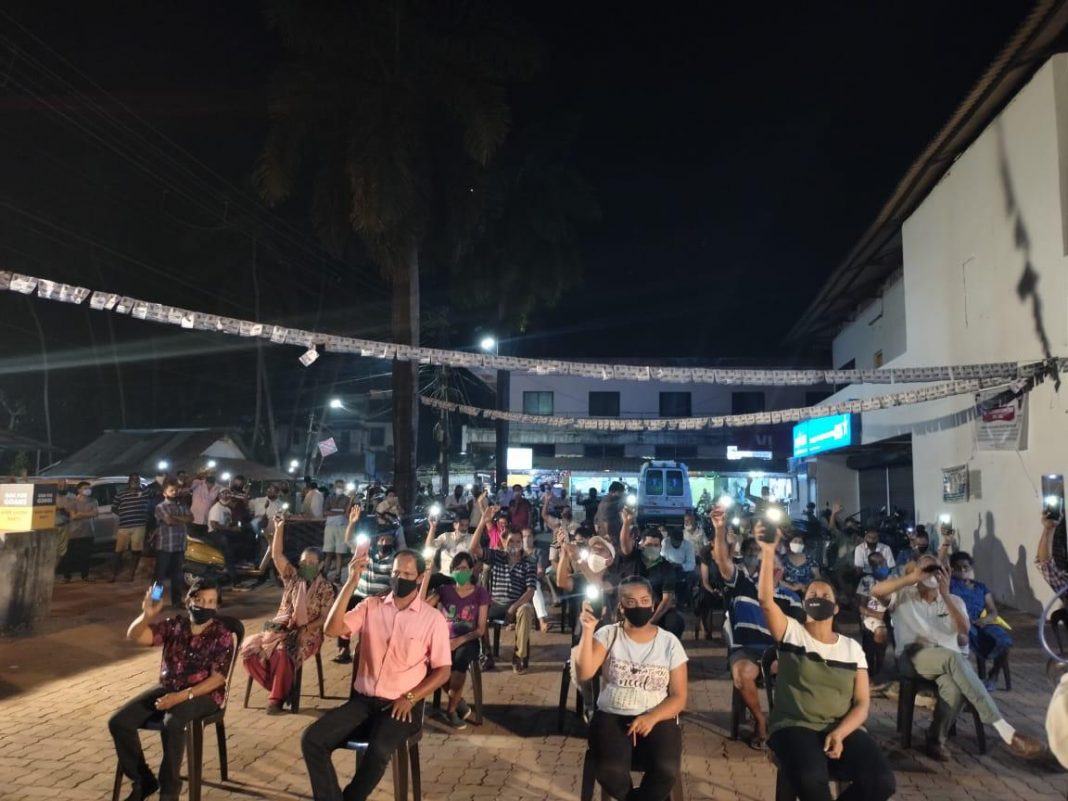 The meetings were interactive and the gathered crowd actively participated in the discussion listing out basically their problems and issues and lamenting that no political party till date has really worked for the common people.

Many of the people who had come with their electricity bills said they wanted uninterrupted power provided for them at a cheap rate as is happening in Delhi. One lady at Sancoale asked why they should be burdened with huge bills when they do not get uninterrupted power and the power they receive fluctuates so often that electrical implements like television sets get corrupted. 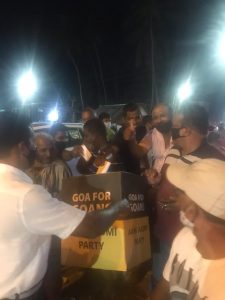 Interestingly majority of the audience were women who had come with their house electricity bills.
“Usually its the women who handles the accounts of a home, hence they understand the impact these high bills make on their lives” Said Rahul Mhambre

One person at Carambolim while berating the Bharatiya Janata Party and the Congress for fooling people all the time said he was impressed with what Arvind Kejriwal has done in Goa and said it was time for Goans to give AAP a chance to bring about drastic changes in administration.

A referendum was conducted via ballot system regarding the electricity issue where people actively participated. The crowd said they wanted power to be provided along the Delhi model and asserted that Chief Minister Dr Pramod Sawant listen to the people of Goa instead of his party leaders from Delhi.

The people also demanded that Chief Minister Dr Pramod Sawant should listen to Goans and not his party bosses based in Delhi.

The Veez Andolan will be held in 2 phases during which time AAP plans to have 200 corner meetings besides visiting houses in the village to elicit public opinion.