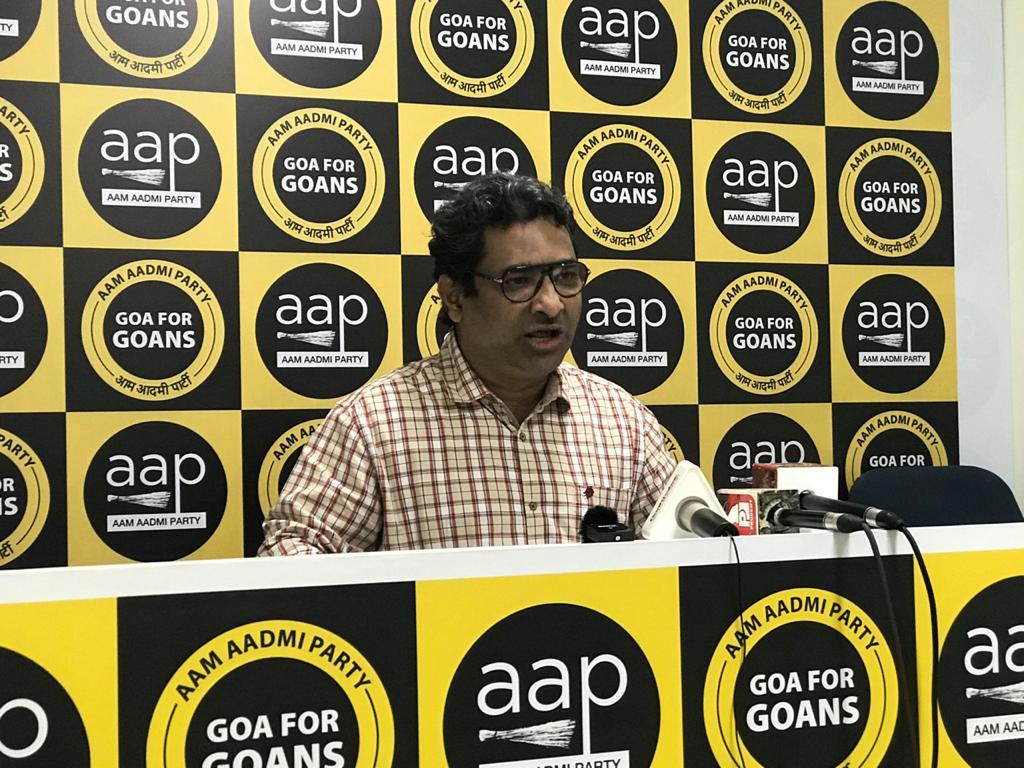 Panaji: Taking a dig at Chief Minister Dr Pramod Sawant, the Aam Aadmi Party (AAP) stated that “the CM has turned into a ‘compulsive liar’ without realising that people cannot be fooled all the time” while referring to his latest statement that late Manohar Parrikar had never objected to double tracking.
CM Sawant had earlier asserted that Parrikar had never objected to double tracking of the railway track and had only raised the concern of some people whose houses would be affected.
However AAP Goa convener Rahul Mhambre pointed out that there were video recordings of Manohar Parrikar clearly stating that Goa did not require double tracking which he said was promoted by Mormugao Port Trust for its own benefit.
“I am not supposed to support what MPT wants,” he said when he was the chief minister of Goa and when he had very clearly stated that the government of Goa would not permit double tracking of the South Western railway track.
While announcing that he had refused permission for the double tracking, Manohar Parrikar had said it would not increase any industrial activity in Goa but only burden the state with cost of land acquisition.
In fact Manohar had gone to state that MPT had committed a fraud in allotting two berths to private parties and the double tracking was being done for these companies and had even assured the House that the government would stop coal at MPT itself if required.
However, despite these records being in public domain, Dr Pramod Sawant is now resorting to infamous Goebbels truth believing that by telling a lie many times the lie will sound to be the truth.
Rahul Mhambre pointed out to Dr Pramod that his predecessor who actually groomed him namely Manohar Parrikar had also advised people by saying “kanant tell ghalinaka” (do not tell lies) and asked Dr Pramod to at least adhere to this advice from Manohar whose all other grooming he has surrendered and abandoned.
- Advertisement -