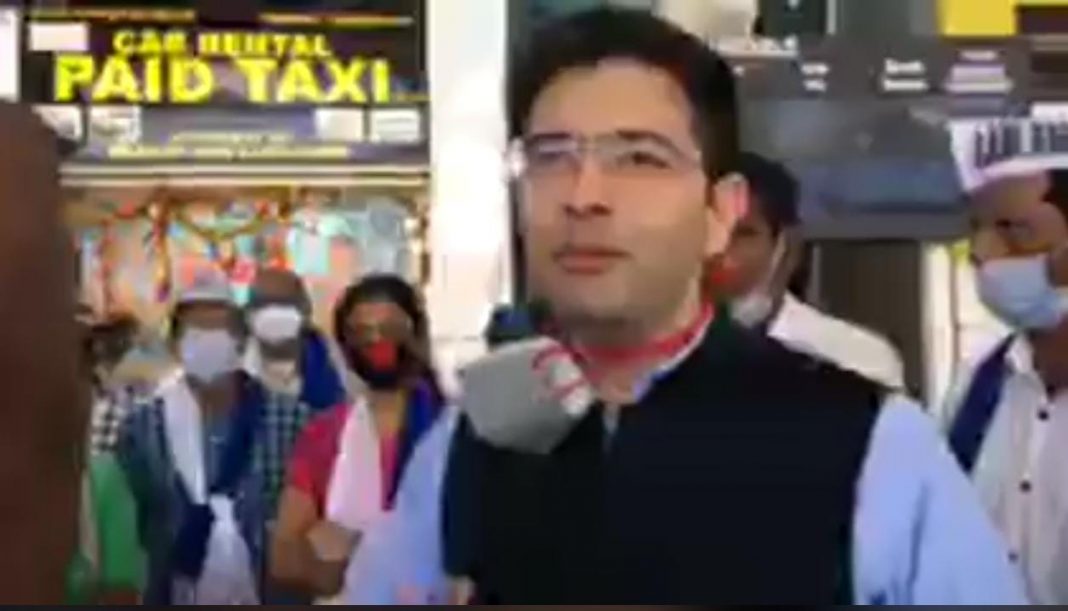 Chadha arrived on his Goa visit on Tuesday, where he is expected to address series of meetings of the party workers.

The AAP leaders had accepted the challenge of Cabral, last week, in which the latter had called for any Delhi leader to come for open debate on BJP model of power in Goa.

Talking to reporters after his arrival at Goa Airport, Chadha said that he had accepted the challenge of a debate. “As a part of Delhi administration and as a MLA I am ready to debate with Cabral over electricity issue,” he said.

“What one is seeing is that Cabral is running away from this debate, he is chickening out. He is shying away. Only in the interest of democracy and people of Goa debate like this should happen to understand merits and de Merits of Kejriwal model of electricity and BJP model of electricity,” he said.

The AAP MLA alleged that  high command of BJP has reprimanded the cm of Goa and asked him not to indulge in any such debate.

“Goa Chief Minister Pramod Sawant or Power Minister Cabral  who can’t participate in simple debate without permission of high command, can he govern Goa?,” he questioned.