Will the mining resume, if we resign?, questions Vijai Sardesai 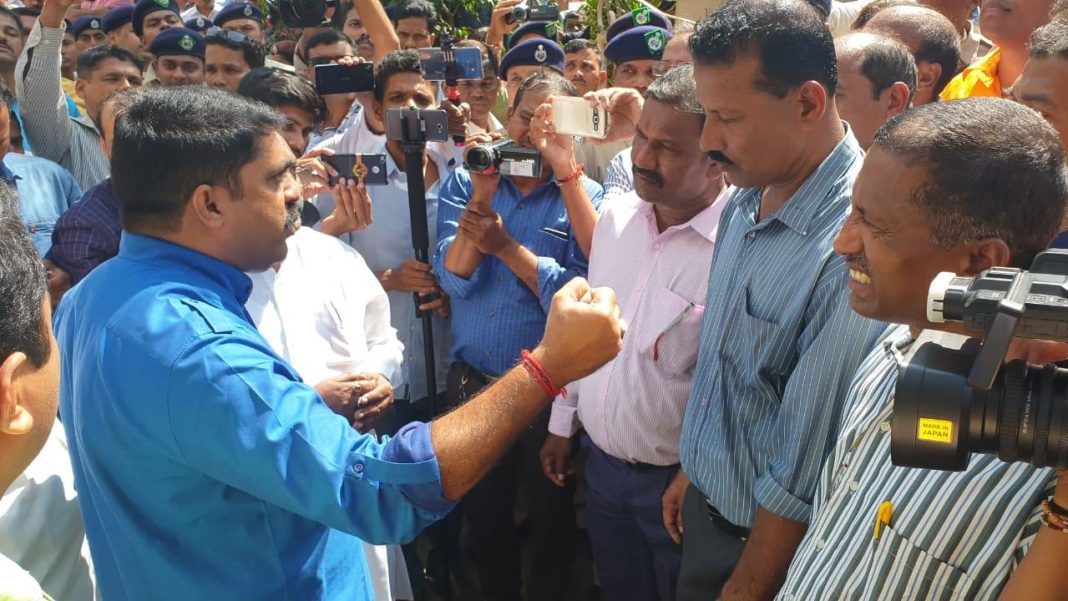 Panaji: Stating the onus to resume mining in Goa lies on BJP,   Goa Forward Party President Vijai Sardesai today questioned the members of Goa Mining People’s Front whether their issue would be solved if his party resigns from the government.

“Will the mining resume, if we resign? Issue is about resumption of mining. The onus of resuming the mining activity is on BJP because they are ruling in the Centre and in the State,” the minister said.

“Fortunately for Goa we have a minister who is the member of Union cabinet. According to me, this is the matter of inter departmental coordination within the union cabinet. Shripad Naik is the right person. He himself is aware what would be the impact on his election if this thing are not settled,” he said.

“Personally I am of the opinion that we have to look at whether the cases can be withdrawn. This is my personal opinion. This is not the opinion of government. I am not the minister for Home,” he added.

“The point is that they are also Goans. They were agitating against the injustice. So one can look into it,” he said.