Whole exercise of forming government is rocking because of Sudin Dhavalikar: Vijai Sardesai 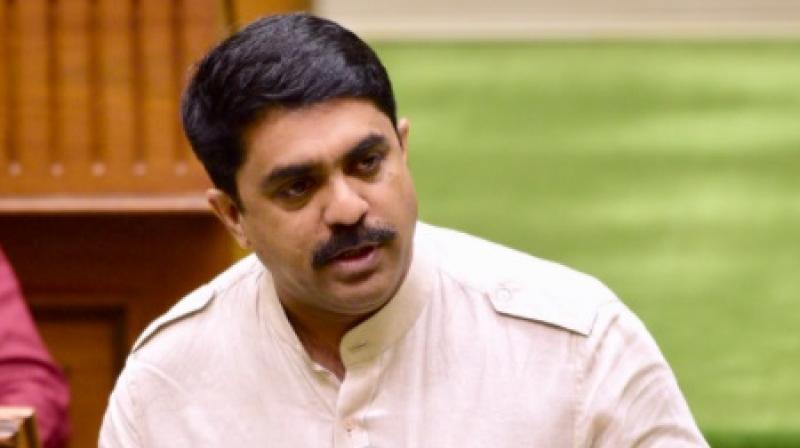 Porvorim: Goa Forward Party took on its coalition partner MGP with former claiming that the whole exercise of forming Manohar Parrikar led government has been rocking because of the latter.

GFP Chief and State Town and Country Planning Minister Vijai Sardesai told reporters on Thursday that the whole exercise of forming Parrikar-led government with a cause has been rocking because of Sudin Dhavalikar (MGP leader).

Claiming that there are two factions in MGP, Sardesai said there is MGP I and MGP II due to which my party has to think about Plan B.

Sardesai had recently made statement that he has Plan B ready to ensure continuation of the government after MGP threatened to pull out from the coalition. Dhavalikar had criticized his statement daring him to form alternative government.

“Dhavalikar has to do some self introspection to know because of whom the plan A is not working and then he will come to know,” the minister said, apparently referring to the threat by MGP to pull out from the government.

“For me to execute Plan B, I don’t require his permission. I can do it on my own and I am independent party. I am not like him. I don’t have MGP I and MGP II. I am having Goa Forward I,” he commented.

Previous articleAdvani visits Parrikar to enquire about his health
Next articleRahul’s statement has made him look small: Vijai Sardesai