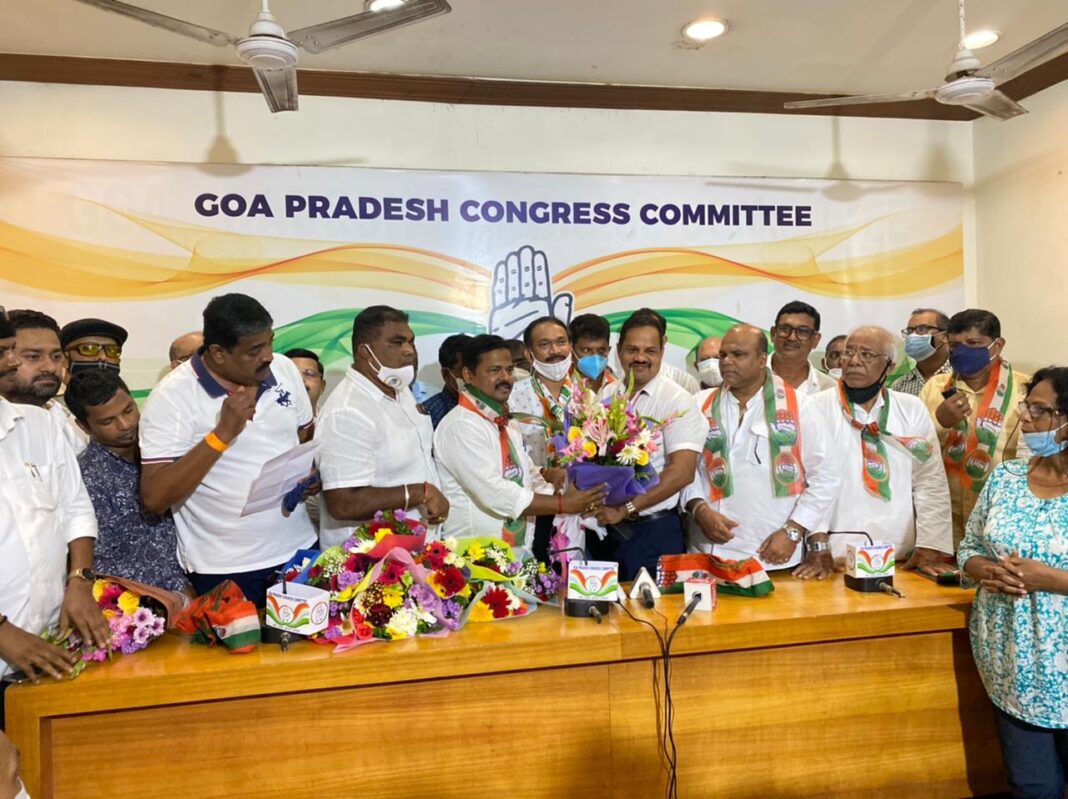 Panaji: With a clear eye on the elections, Congress party in Goa seems to be indulging in mass inductions of the leaders in various Assembly constituencies, which may eventually lead to rebellion within the party, little before the polls when tickets are announced.
Sonia Gandhi-led party has been on the forefront of inducting new leaders, most of whom are aspirants for the ticket ahead of Goa polls. These inductions might sound like a boost for the party at this phase, but may lead to a bitter consequence, at the later stage.
The constituencies like Cumbharjua, Sankhalim, Cuncolim, Nuvem to name a few are already having more than one aspirant for Congress ticket. The induction of Samil Volvoikar and Rajesh Faldesai in Congress from Cumbharjua constituency is an example of how, one of the, will have to drop out from the race.
Similarly, the situation is at Sankhalim, where Congress has Mahadev Khandekar, Dharmesh Saglani besides former MLA Pratap Gauns, all vying for the ticket. In Cuncolim constituency, Yuri Alemao, who has been working overtime to win the seat, may be unsettled with the induction of Elvis Gomes.
In Nuvem, Aleixo Sequeira has to fight his battle to get the ticket as Raju Cabral has joined the party.
Political analysts claim that the Congress’ move seems to be more towards cornering majority leaders in each of the constituencies so that Aam Admi Party (AAP), which is creating a base across Goa, have difficulty to search for the candidates.
All eyes are also on how the novice Congress leaders react, when they will not get the ticket. The rebellion at the last minute may be the order of the day for the Congress party, which is currently in third position in the state as per the C-Survey report, aired by ABP news.
GPCC Working President Aleixo Sequeira on Hub Encounter had predicted that “one odd fellow” may leave the party, if denied ticket. The Congress party is hopeful that, if refused the ticket, the leaders will continue sticking with them.
But considering the huge investments made by some of the Independent-turned-Congress leaders, they will not wait for 2027 for the next election to knock doors.

Previous article“Absurd” is how GFP President Vijai Sardesai reacts to C-Survey
Next article104 new infections, one died due to covid-19 in Goa on Friday