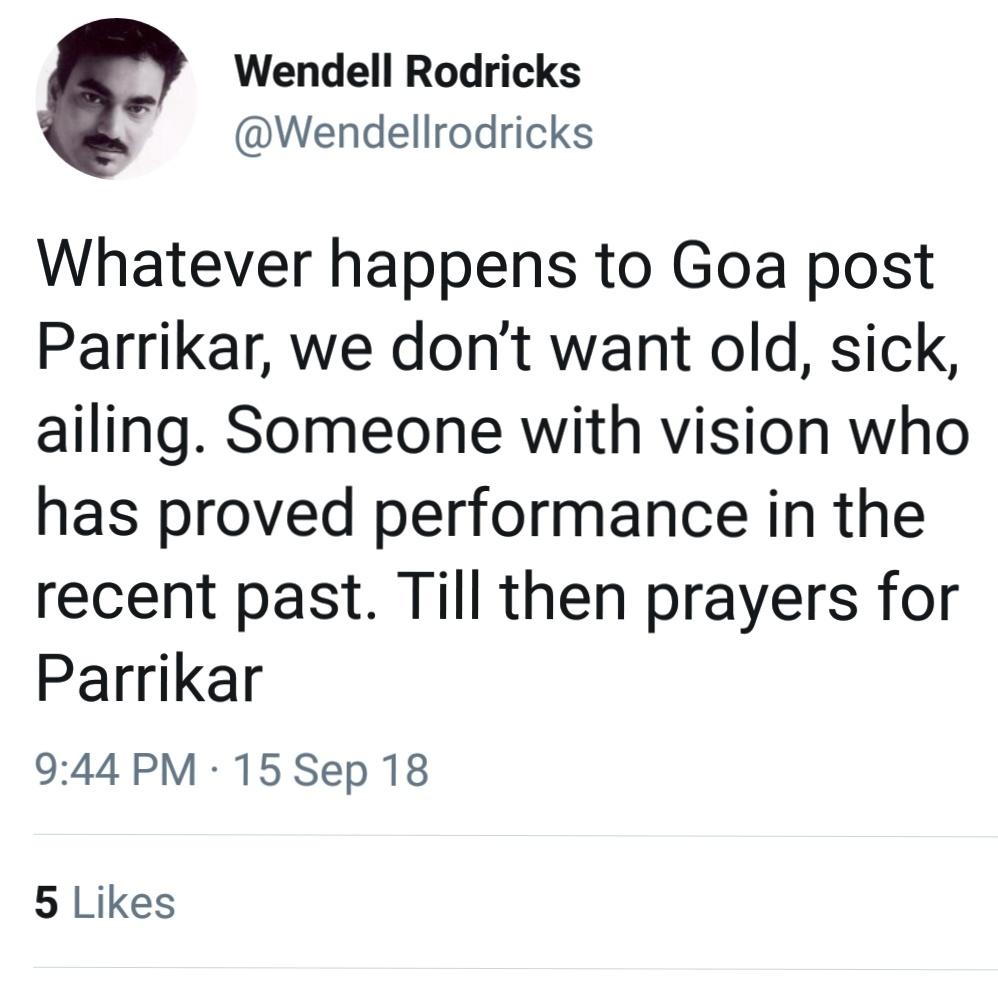 Panaji: With BJP contemplating the possibility of inducting Sudin Dhavalikar as the Chief Minister, the voices of dissent have began coming from the Goan celebrities.

The tweet do not mention any name but has thrown enough hints against Dhavalikar, who has been ailing in the past and could not attend monsoon session of the House.

“Whatever happens to Goa post Parrikar, we don’t want old, sick, ailing. Someone with vision who has proved performance in the recent past. Till then prayers for Parrikar,” Wendell tweeted on Sunday.