We are confident of winning the St. Andre seat: Manoj Parab 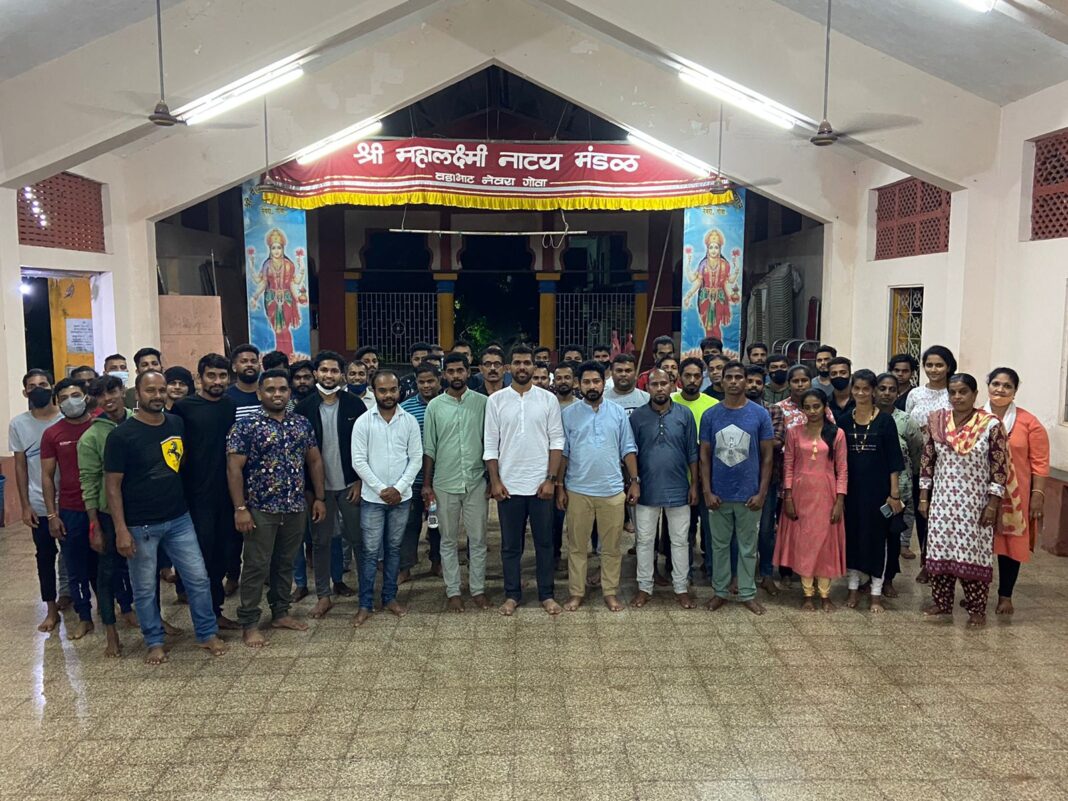 Panaji: Revolutionary Goans Chief, Manoj Parab and President, Viresh Borkar are confident of winning the St Andre seat after their meeting with active members from the constituency at Neura on Tuesday. This is the first time around 100 active members from this area came together to discuss the future course of action ahead of the poll next year.
Basic adequate civic amenities such as electricity, water connection, government health centres, public schools and roads remain a distant dream for the people from this area.
While addressing the gathering, Manoj motivated the members to aggressively carry out do door to door POGO Bill campaign and spoke to them on the importance of doing the same.
“There are many industrial estates around St Andre constituency but still there is no government policy to employ locals there. Land conversion is at its peak and huge constructions are coming up in the villages which is making the life of native Goans difficult. Water scarcity and power woes are a major issue. We will win this seat as maximum of the youth is with RG,” said Manoj Parab.
Revolutionary Goans allege that over the last decade the number of slums in St Andre Constituency has grown by over 30 per cent. These illegal slums have mushroomed with the patronage of local goons, who are part of an influential mafia. The mafia have strong political connections.
The Revolutionary Goans President, Viresh Borkar highlighted that in St Andre constituency itself there are over 1,700- odd migrant voters.
“The local MLA, Francisco Silveira who switched to BJP has done nothing in the constituency. The unemployment ratio is at its peak and many are moving abroad because there are no jobs. He has only been catering to the needs of the migrants who form a major chunk of his vote bank, ” said Viresh.