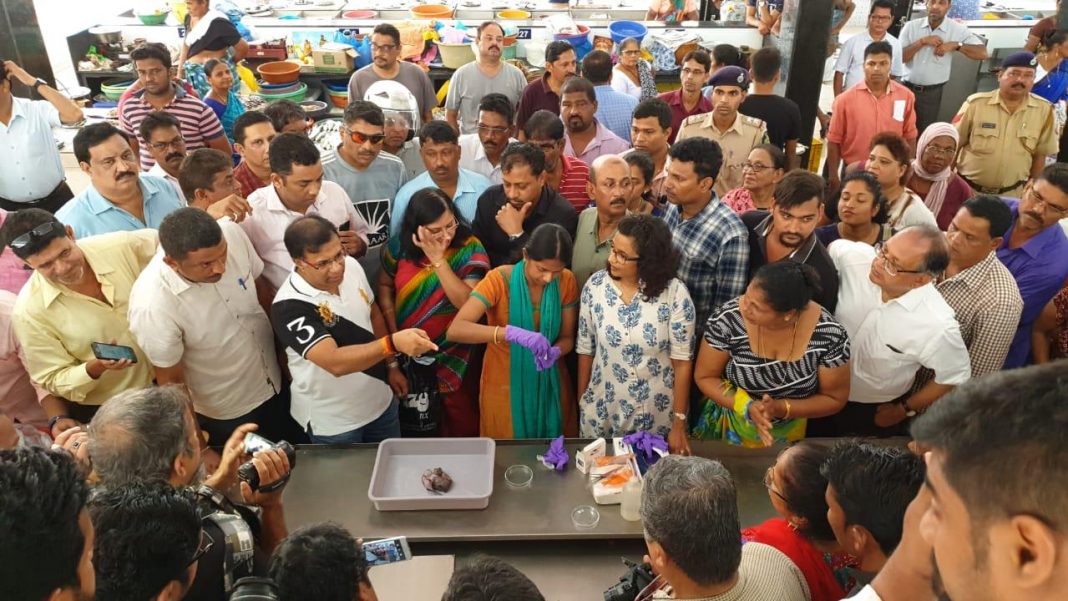 Margao: Days after Congress party claimed that the fish laced with formalin was sold at South Goa Planning and Development Authority market at Margao, the minister swung into action today with testing kit.

Rane  visited the fish market at Fatorda with the officials to rule out the possibility of formalin laced on the fish imported from outside the State.

“We conducted the tests with the certified kits and found that there was no formalin on any of the fish samples. The FDA team was specially invited to rule out fear created in the mind of people by Congress party,” the minister told reporters.

He said that the political stunts by Congress party of checking the fish for formalin through unauthorized tests and then claiming that it has the hazardous chemical on it has affected the sale of fish in the State.

“Those people who depend to eke out their living by selling the fish are suffering due to drop in sales due to fear created by Congress party,” Rane said.

The minister demanded that Judicial Inquiry should be conducted in the behaviour of the Congress party leaders who are on the spree of spreading rumours at the cost of livelihood of the people.