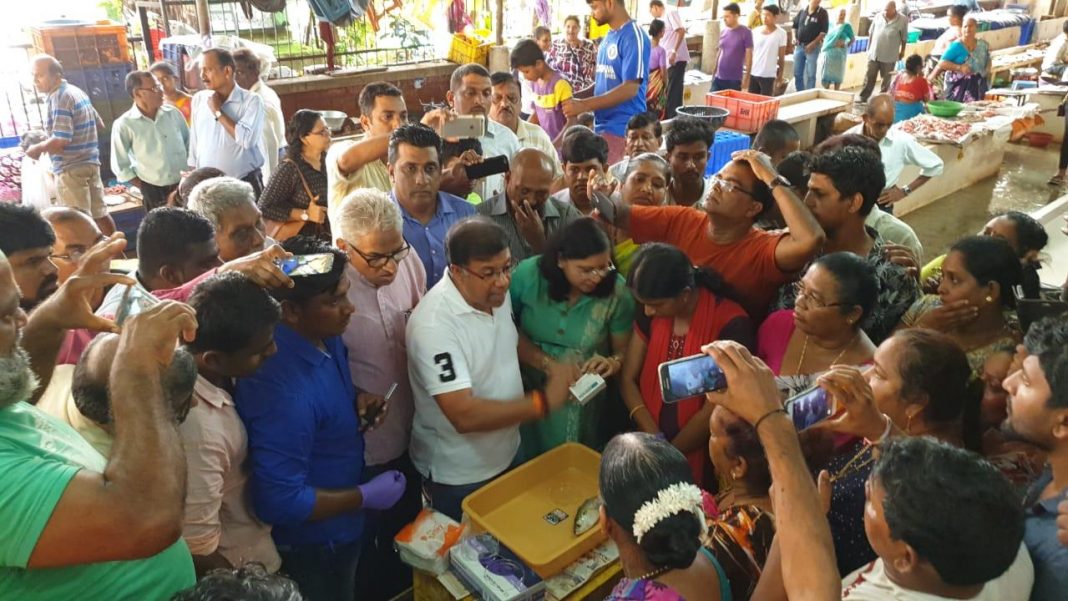 Panaji: Health Secretary Ashok Kumar today ordered inquiry into the entire episode of July 12 stating that the test conducted at wholesale fish market in Margao to determine presence of formaldehyde in the fish was “not a validated” test.

“Of the samples tested from all 17 trucks, which included four trucks from Goa itself, all were reported to be positive of formaldehyde concentration. This cannot happen. How can all the trucks test positive?” he said.

“The test conducted that day was not a validated test,” Secretary said.

‘Schiff reagent test are not meant to check only the added formaldehyde but all tupes of aldehydes’, he said