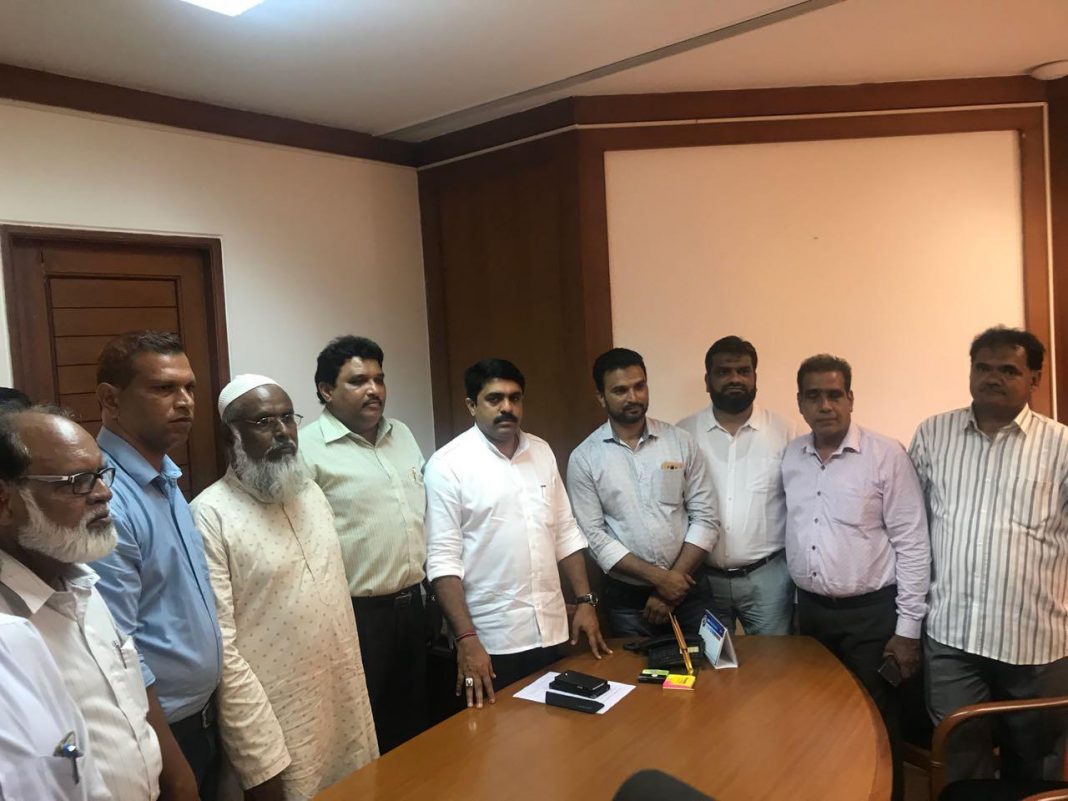 Panaji: Even as the muslim brethrens are worried over the Quarbani due to closure of Goa Meat Complex Limited, minister for Factories and Boilers Vijai Sardesai has provided them the relief.

The leaders of Association of All Goa Muslim Jamats today met Sardesai for his intervention to get certificate from Factories and Boilers to the GMCL, which is a pre-requisite for this facility to restart.

Bashir Sheikh, President, Association of All Goa Muslim Jamats led the delegation to Sardesai. Sheikh said that opening of meat complex is very important as Quarbani has to be done on the day of Bakri Eid.

He said that though Animal Husbandry minister Mauvin Godinho has assured to open the abattoir by August 22, the certificates from Factories and Boilers and FDA are yet to be received by the GMCL.

Talking to reporters, Sardesai said that considering the sanctity of the occasion, his department will provide provisional certificate for the GMCL which can be confirmed later on after following proper procedures.

The certificate of GMCL has expired since 2014 and the facility has undertaken new extensions since then. Sardesai said that the certificate will be provided tomorrow itself.

Previous articleAffordable housing to needy people, Govt to ask Panchayats about data
Next articleGoa to Kolhapur via Konkan Railway in the year 2022