Goa to Kolhapur via Konkan Railway in the year 2022 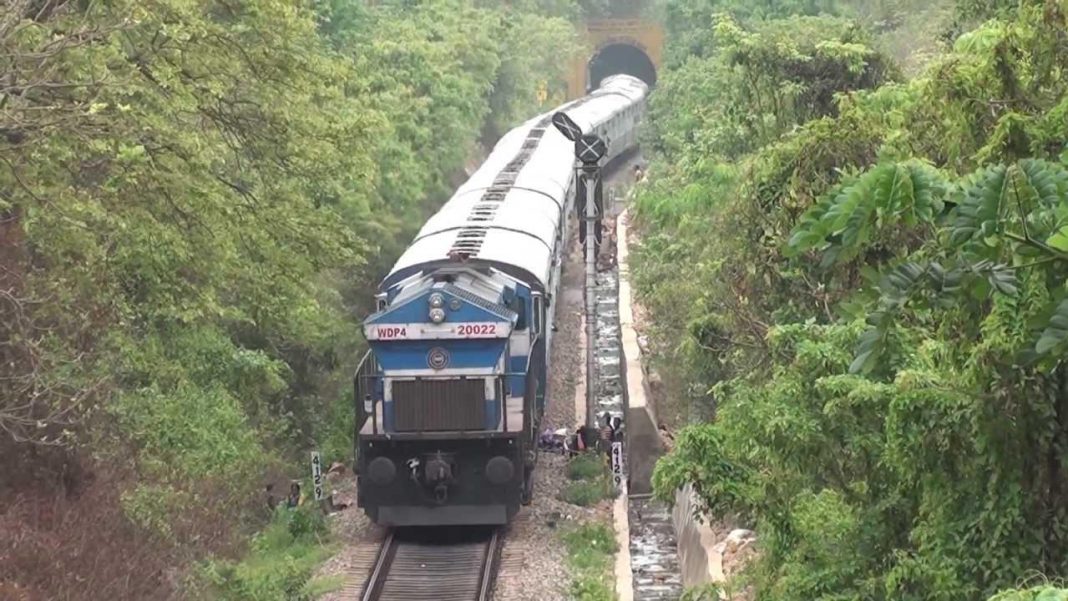 New Delhi: Work on the 103 kilometreKolhapur-Vaibhavwadi section of Konkan Railway will begin soon. This decision was taken at a review meeting of Konkan railway chaired by Union Minister of Commerce & Industry and Civil Aviation, Suresh Prabhu, in New Delhi, yesterday.

The meeting was attended by the Chairman, Railway Board, CMD, Konkan Railway and other senior officials. During the discussions the Minister emphasised that the construction of the Kolhapur-Vaibhavwadi section will be a game changer for not only the Konkan Railway but also for the region and the economy of Maharashtra. It will link the coastal region of Maharashtra with Western Maharashtra, lead to development of ports and harbours in the coastal region and allow flow of goods from the hinterland to the coast.

Kolhapur-Vaibhavwadi line will facilitate movement of petroleum and petrochemicals from the refinery to the coast. The Minister further explained that the future economic growth of Maharashtra depends on connectivity of its coastal areas with the rest of the state and the country.

CMD, Konkan Railway, informed the Minister that in order to improve services, of Konkan Railway to more villages and towns in the region, 10 new stations are also being built. The first station will be inaugurated in January 2019.

The Kolhapur-Vaibhavwadi line has already been sanctioned by the Railway Ministry. Indian Railways will bear 50% of the cost and rest will be borne by the Government of Maharashtra