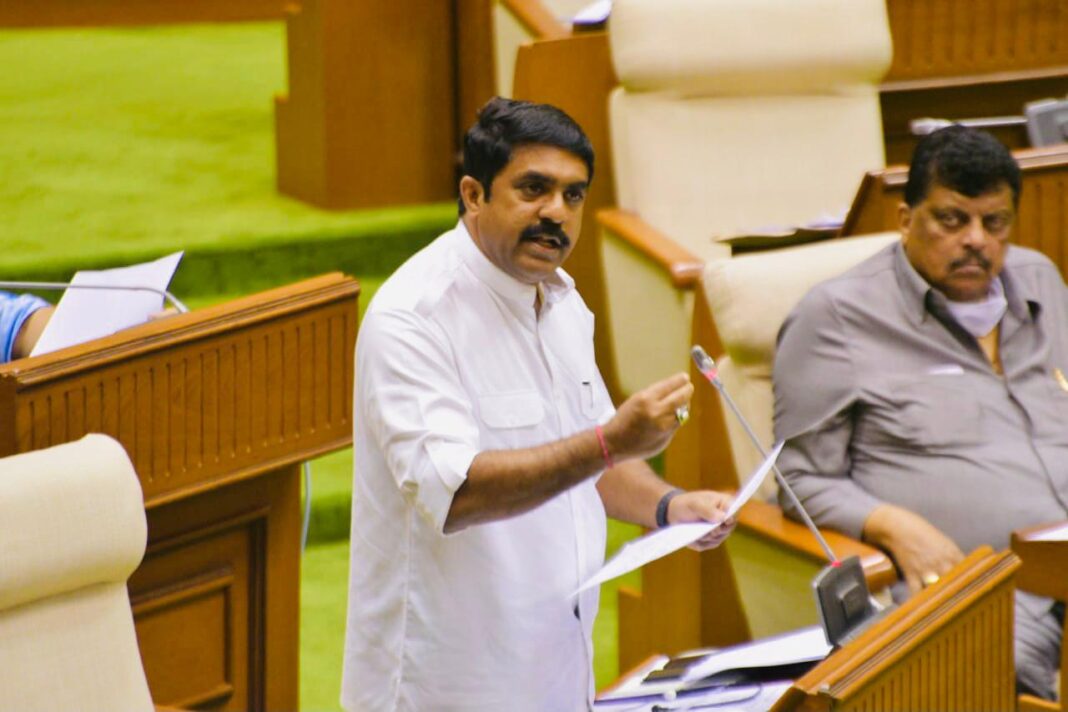 Goa Forward Party Chief Vijai Sardesai raised the issue of COVID-19 mismanagement in the state on the floor of the house, accusing the Chief Minister and the Health Minister for “fighting each other on protocols and protection.” Sardesai said that along with Maharashtra and Madhya Pradesh, Goa is amongst the top states reporting high numbers of daily infections and questioned the CM Pramod Sawant and health minister Vishwajit Rane on how they plan to contain the spread and protect the local population.

The Fatorda MLA pointed out that each minister in the government is making different and discordant statements. “Earlier, the health minister Viswajit Rane spoke about mandatory negative PCR tests for visitors to Goa which was quickly dismissed by the CM, which was then followed by a statement from Michael Lobo who said that a mandatory negative PCR test would hurt Goan tourism”. Sardesai pointed out.

He lashed out at the government asking “has the government learned anything from the past year? We have lost 822 Goan lives to the virus, and rather than helping the people, the government is repeating the same mistakes again.” Vijai said that “it is not Goans who are increasing the daily number of COVID-19 cases, but visitors who are bringing the virus into Goa.” He said that in other cities like Mumbai and Delhi where cases are rising and their governments are considering lockdowns or curfews, their people are directly coming to Goa where we have no restrictions in place.”

The Fatorda MLA stated that the Chief Minister only implemented COVID-19 SOPs during the ZP elections. “Where are the SOPs outside of an election cycle?” Sardesai reminded the house that “earlier the CM spoke about imported cases when we wanted to bring the seafarers home, but now when we have over thousands of outsiders coming to Goa, the CM and the health minister are not bothered about imported cases.”

Vijai Sardesai said that “there has to be a balance between livelihood and life, but in this case the government has no interest in either.” He pointed out that “the government as always is living in a delusional fantasy and thinks tourism itself would help Goa’s economy.” Sardesai demanded that the government tighten its SOPs and reduce the price of fuel to genuinely and truly promote a healthy economy and state.”