Valpoi to have separate RTO office 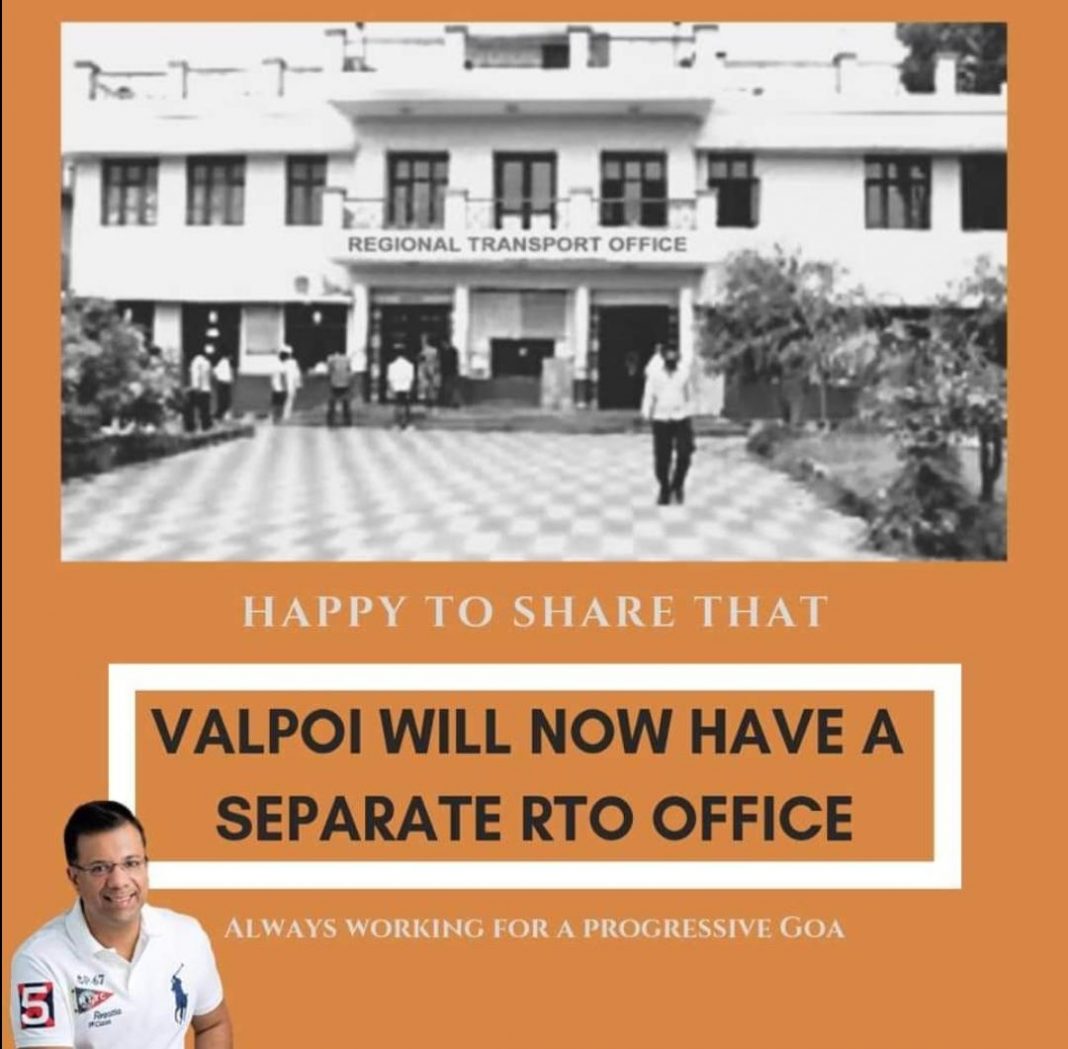 Valpoi: The people in Sattari now need not travel to Bicholim to reach to the RTO office.

Health Minister and Valpoi MLA Vishwajit Rane has said that Valpoi will have its own separate office.

“I have already had a word with the Transport Minister and he has been really good to us as he has initiated the process,” Rane said.

“By this month itself, we will announce the launch of RTO office. This will surely be a great benefit to the people of Sattari,” he added.

Rane said slowly and steadily all the problems of people of Goa would be solved by the current government.