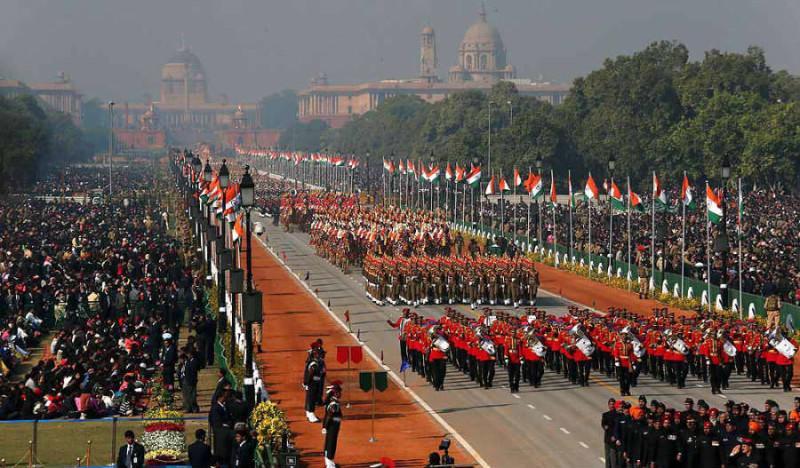 New Delhi: The Goa State will present its tableau at the Republic Day cultural pageantry to be held in the National Capital New Delhi on January 26, 2019.

This year, Goa will present its colourful float on Mahatma Gandhi’s philosophy depicting the  perfect spirit of unity in diversity which has created a unique Social fabric of Mahatma Gandhi’s thought Sarva Dharma Sambhav among  the Goans over the centuries.

The fabrication work of Tableau was commenced at Rashtriya Rangashala Camp, Delhi Cantt., New Delhi on January 3, 2019. A team of 30 Goans led by well known Goan artist Shri Sushant Khedekar and comprising of artisans, fabricators, carpenters, structurists pop and fibre work personnel and all those who are involved in executing and completing the work of fabrication are putting in hard and dedicated  efforts to make the tableau ready despite of heavy downpour in New Delhi during  last few days and  present the same on the occasion of Republic Day.

The performing artists team is led by Shri Soham Ghate, Choreography by                  Miss Sanika Khedekar, costumes by Ms. Sangeeta and Shri Aryan whereas music is composed by Shri Mukesh Ghatwal and  Shri Bipin.

The logistic support is extended by Shri Sohal Ghate and Shri Sanman Kenkre.

The Goa Tableau along with tableau of other states will also be display in front of Red Fort at New Delhi for public view as part of the Bharat Parv celebration from January 26 to 31, 2019. During this period there will be cultural performances of artist from respective states.

The Goa tableau at the Republic Day Parade in New Delhi will be presented under the auspices of Department of Information and Publicity, Government of Goa.