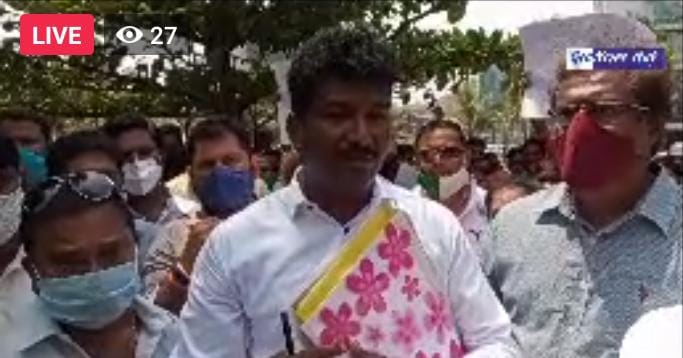 Panaji: The issue of municipal ward reservation does not seem to have ended at Quepem Municipal Council.

Former Chairperson of Quepem Municipal Council Dayesh Naik led the delegation of people to Directorate of Municipal Administration (DMA) in Panaji objecting to the 70 per cent reservation in the municipal council.

They claimed that such a reservation, exceeding 50 per cent excluding women, was not allowed as per the Supreme Court judgment in the past.

Chetan Halarnkar, who had won unopposed in the Quepem Municipal Council, before the re-notification of the wards, also joined the delegation along with Rahul Pereira.

They claimed that out of 13 wards, nine were reserved.

Pereira said that if DMA does not withdraw the notification, then they will be forced to approach the High Court with the petition on the issue.