“Traumfabrik” is about love and dreams: Director Martin Schreiber 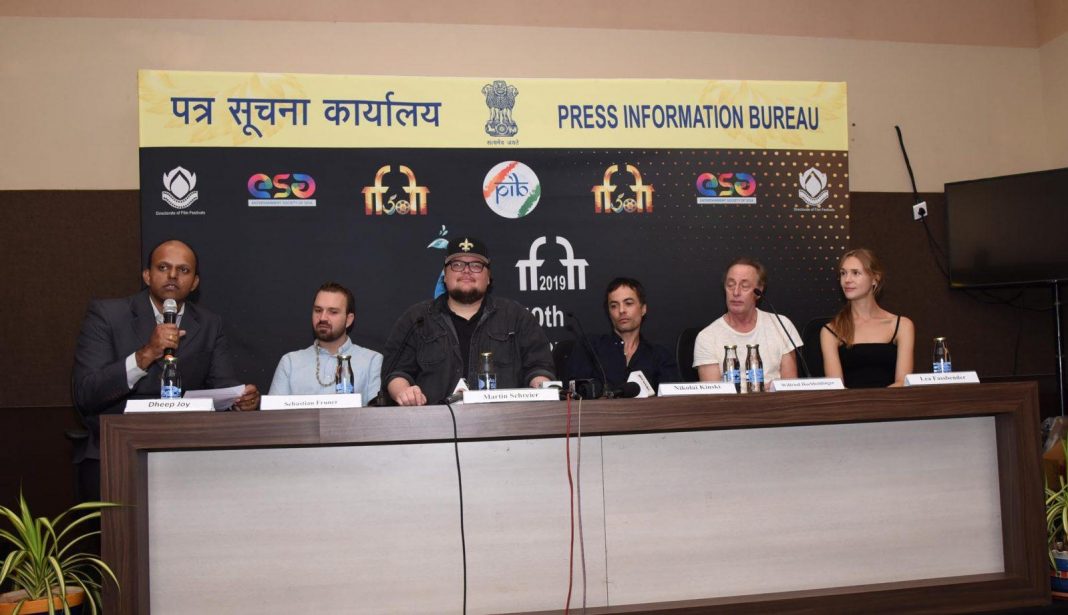 “Our movie is about love and dreams and many heart-breaking stories are used in it”, said director Martin Schreiber of Traumfabrik ,the German romantic drama which was screened as Mid-fest film in IFFI 2019.  He was addressing the press conference about the movie at IFFI 2019 today in Panaji Goa.

“Casting is the most important part of film-making. I took one and an half year to choose the best cast and gave them space to express themselves”, Mr Schreiber said.  “There is only subtle politics in the movie as our focus is on love”, he added. The movie is set in the 1960s and shows the will of a young studio extra to pursue a French girl he is in love with after being separated by the construction of the Berlin Wall.

Mr Schreiber went on to praise the IFFI, for its heartfulness as opposed to intellectual tone of Berlin Film Festival. He also found the Indian audience more responsive and expressive about the way they appreciate the movie. He also said he considers bollywood as a vital and important film industry.

Executive Producer of the movie Sebastian Fruner said Traumfabrik is based on the many experiences of the producer of the movie, Tom Zickler who died two months ago. Tom Zickler had worked as a production  manager at Babelsberg before the fall of the Berlin wall. Speaking on the funding of films he said, “This film had 50 percent state funding and 50 percent from a distributer.  We spent less than what we originally planned for the movie.”

Nikolai Kinski, an actor in the movie expressed his love for Indian movies and said the country loves films and love-stories like no other. He also mentioned that his character Omar was similar to him in many ways and he enjoyed playing it.

Actors of Traumfabrik Lea Fassbender and Wilfried Hochholdinger were also present in the press conference.

Emil , a young studio extra in  Babelsberg, East Germany falls in love with a French dancer , Milou but construction of the Berlin wall tears them apart. It looks like they will never see each other again, until Emil hatches a crazy plan, to produce a movie and bring Milou back to Babelsberg!