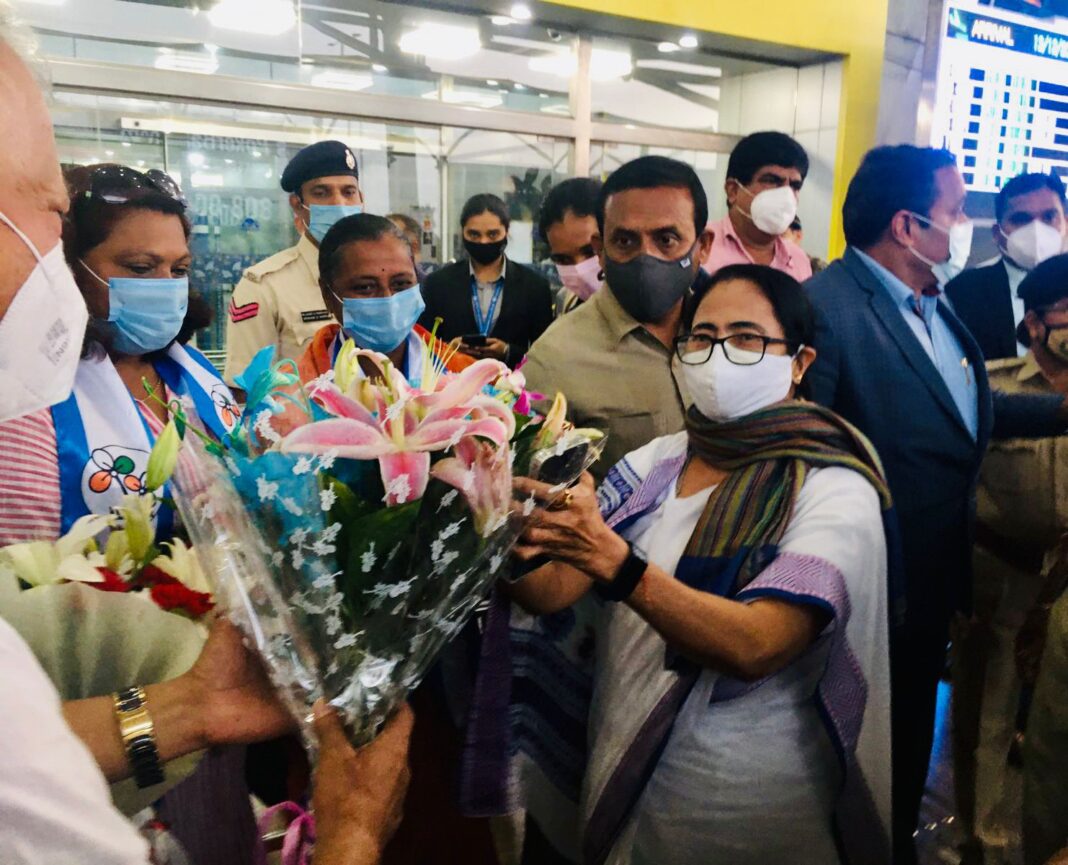 This is the second visit of the TMC chief to the poll bound state where her party has announced its foray.

A senior party functionary said that Banerjee would be meeting prominent editors from Goa near Panaji on Monday followed by meeting with all Goa TMC leaders.

The West Bengal chief minister would be travelling to South Goa’s Benaulim village later in the evening where she will be addressing a public meeting.

On Tuesday, December 14, Banerjee would be addressing a public meeting at Panaji and later another meeting at Assnora village in North Goa.