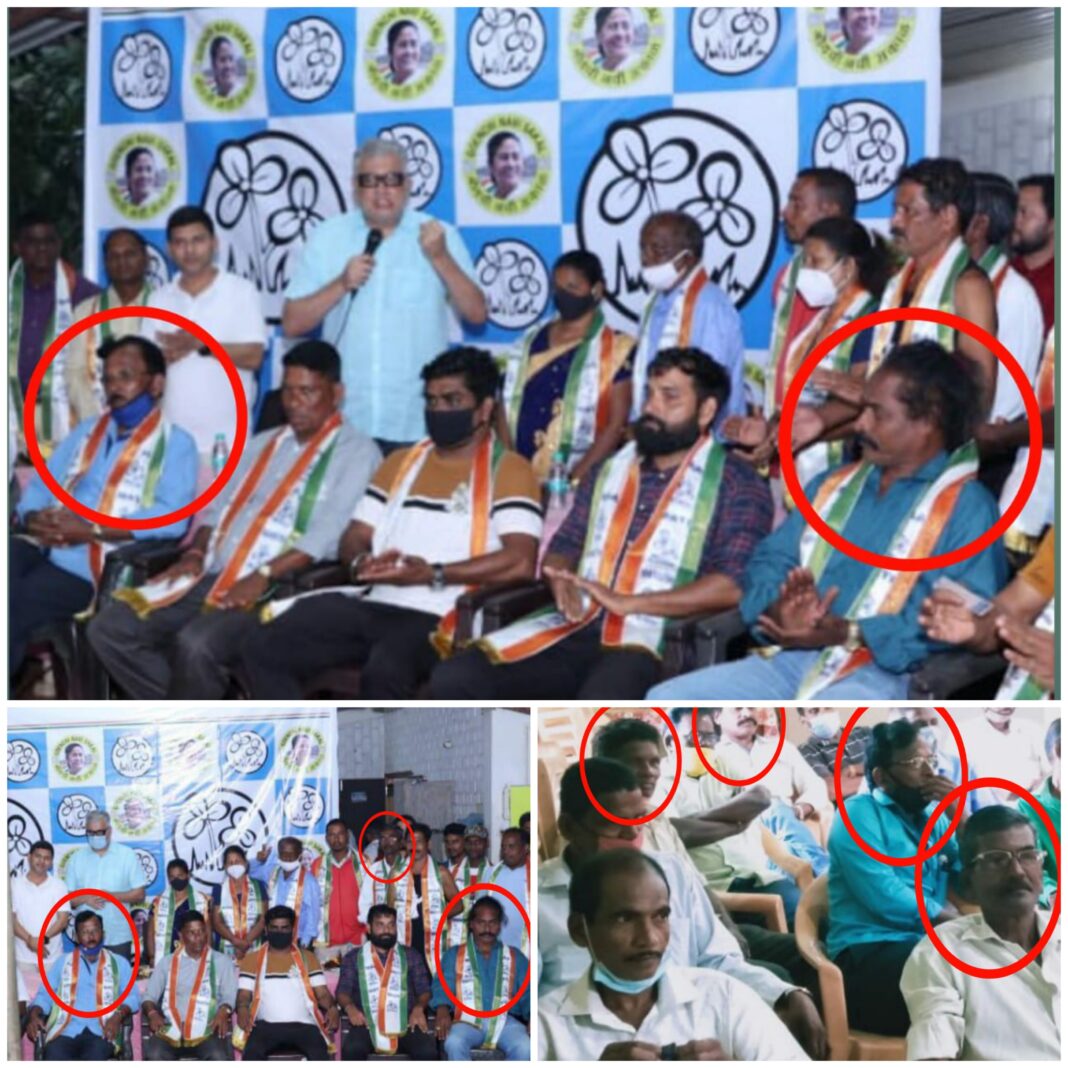 Sanguem: The high level meeting of Sanguem Congress Block held on Saturday to shortlist the candidates was hijacked by TMC leaders from the constituency.

At least five of the former Congress leaders who had joined TMC in presence of local MLA Prasad Gaonkar were seen participating in the meeting which was chaired by All India Congress Committee’s observer Prakash Rathod.

The worst was that  TMC leader Bostiao Simoes has been shortlisted as the aspirant for the Congress ticket in this constituency.

The issue about presence of TMC leaders in the meeting was raised by senior Congress leader Jervis Fernandes.

Fernandes sought to know from the Congress observers why TMC leaders were allowed to be part of such a confidential and high profile meeting.

The Sanguem based leaders including Graciano Fernandes, Bostiao Simoes, Santosh Naik, Kanta Velip and few others who had joined TMC last month at MLA Gaonkar’s residence in presence of Derek O’Brien participated in the meeting.

When issue as raised by Jervis Fernandes about TMC leaders hijacking the meeting, Graciano told Rathod that “TMC and Congress are the same.”

Congress party has began the process of shortlisting the candidates by taking the blocks into confidence. AICC Election in-charge for Goa P Chidambaram had said that only loyal Congress workers who had stood with the party will decide their own candidate.