TMC hits out at BJP for Sandeep Vazarkar’s  arrest, says it will not be intimidated 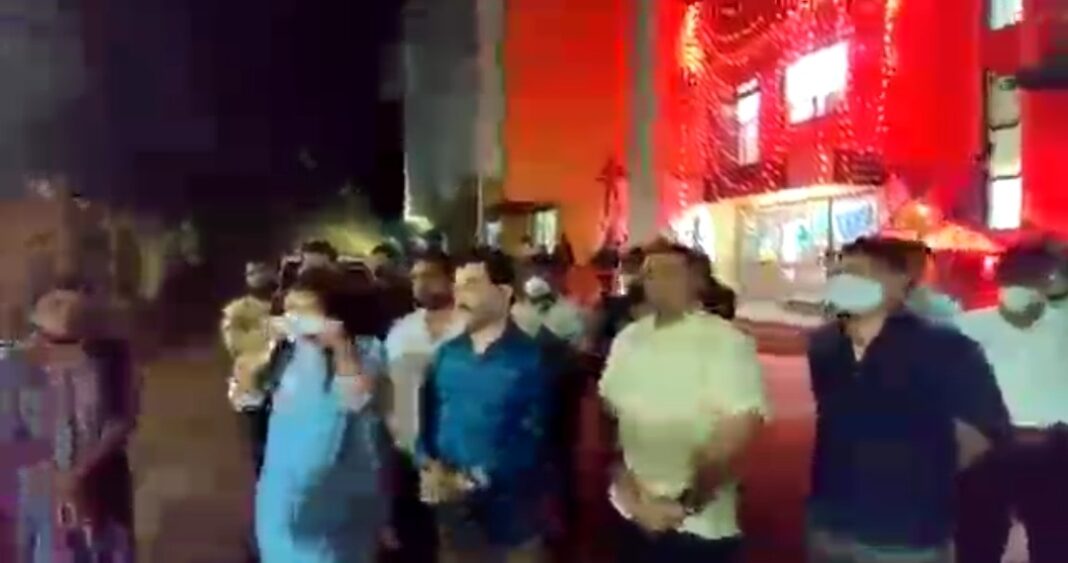 Panaji: Trinamool Congress Party has termed arrest of its leader and former Succoro Sarpanch Sandeep Vazarkar as political vendetta against him.  The arrest happened after TMC’s bike rally at Porvorim, which was participated by its MP Mohua Moitra.

Vazarkar who was the former Vice-president of Bharatiya Janata Party’s Porvorim unit, had recently resigned from the party and joined the Goa Trinamool Congress (TMC).

Suggesting that the arrest was nothing more than BJP resorting to its typical intimidation tactics, Mahua Moitra said, ‘There was absolutely no reason to arrest him. This is an old case for which the investigation is going on, and he has thoroughly cooperated with the police every time they have called him.’

Moitra who flagged off the unique bike rally yesterday, claimed that the success of the bike rally, which had close to 500 bikes (1100 youths) had rattled the BJP.

Soon after his arrest, TMC leaders Smt Mahua Moitra and Shri Kiran Kandolkar left for the Mapusa police station and obtained the night bail for Vazarkar.