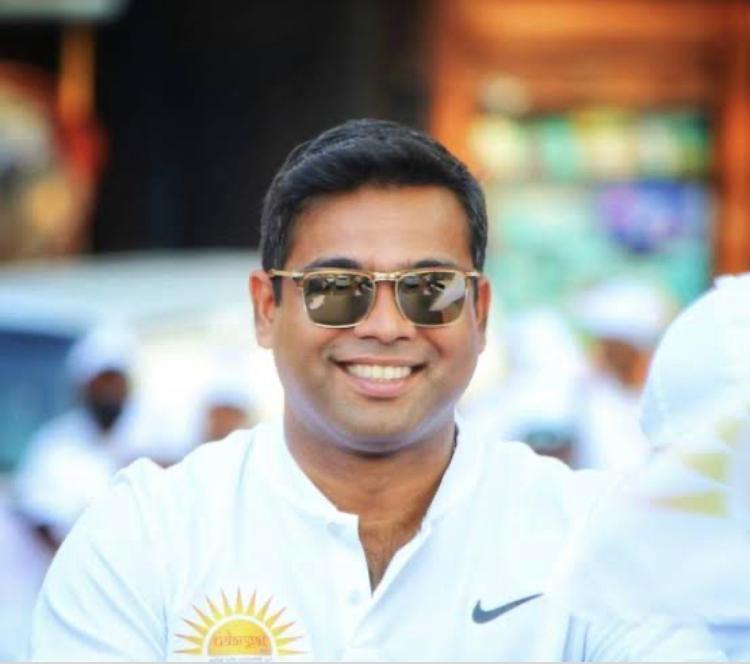 Mandrem: After facing betrayal by DyCM Manohar Ajgaonkar, Maharashtrawadi Gomantak Party (MGP) is getting set to bounce back in Pernem taluka with two major entries ahead of upcoming Diwali festivities.

While Jit Arolkar will be joining the party to contest from Mandrem Assembly segment for the forthcoming elections, another leader is getting set to join the party from Pernem assembly constituency. Both the entries will happen before Diwali.

The party has significant voter base in Mandrem and Pernem assembly constituencies with Lion Symbol still being recognized by the voters, specially senior citizens. Dhavalikar-led party is now eyeing to induct young blood in its fold with these two inductions.

Arolkar has created a sizeable support base in this constituency which is currently represented by BJP MLA Dayanand Sopte. During the by-election held in the year 2019 when Sopte resigned from Congress to join BJP, Arolkar stood second. He had contested as an independent candidate.

The policeman-turned-politician has been close to MGP leader Sudin Dhavalikar and has been off-late holding series of meeting with him ahead of the induction. Arolkar will not come alone as there is another surprise entry for the party in Pernem constituency, which is reserved for Scheduled Caste candidate. Deputy Chief Minister Manohar Ajgaonkar is currently representing this constituency in the assembly. 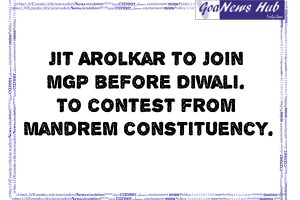 Constable-turned-businessman is one of the richest candidate in the Goa, who has ever contested for assembly election. As per his election affidavit, his net worth is Rs 27 crore. Till 2011, he was constable with Goa Police and also a volleyball player who captained Goa Team during Lusofonia Games in 2009. He has been known as a property developer in the belt, who has earned riches through his hard work and acumen of business. He had joined Goa police in the year 2001, and left the force after 10 years of service due to knee injury.

What happened during 2019 by election in Mandrem

The by-election in Mandrem constituency was necessitated after Sopte left the Congress and contested on BJP ticket. Congress had refused ticket to Arolkar and fielded Babi Shiva Bagkar as its candidate. The results were surprising. Congress went on third position.

Previous articleViral video: Police files case of trespassing, obscene gesture against Poonam Pandey
Next articleEver heard about plantable Seed Calendars that can help us save the Earth?