Three years after his death, the remains of Fr Bismarque laid to rest 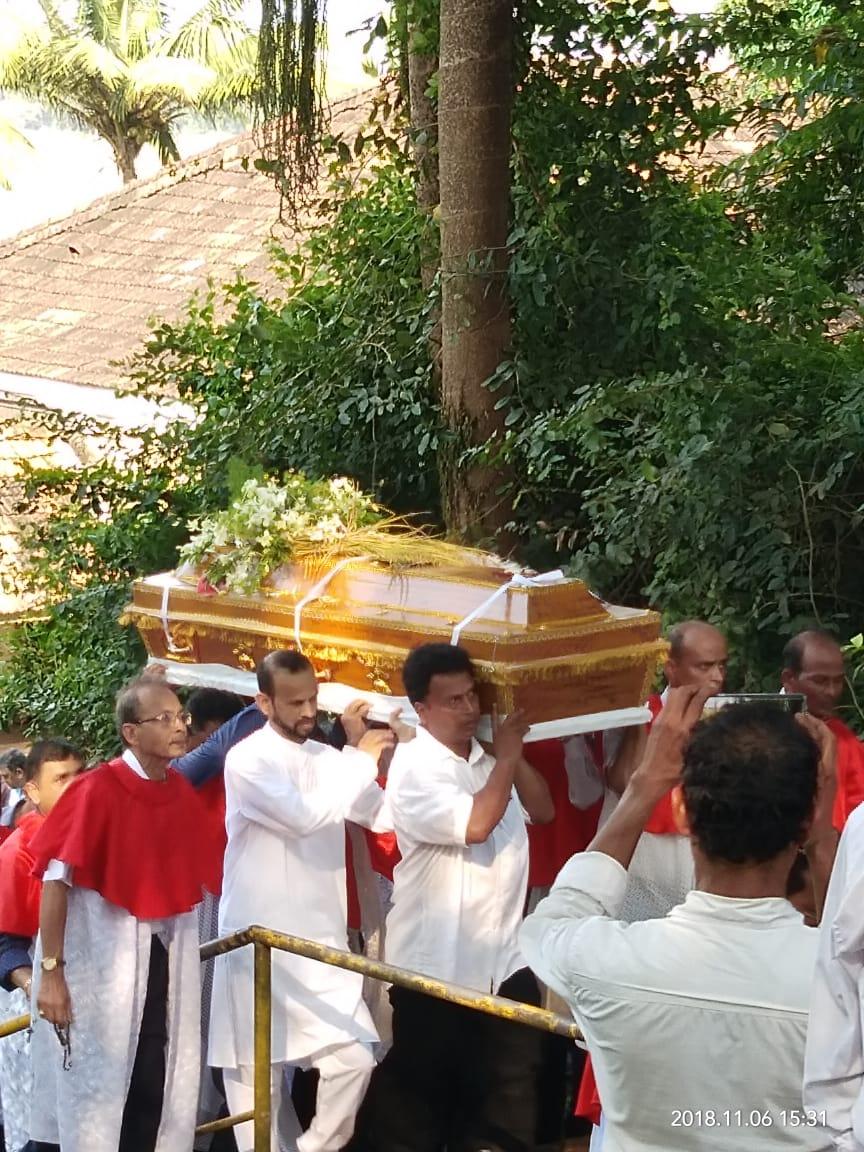 St Estevam:  The mortal remains of a priest-turned-activist Fr Bismarque Dias who was found dead under suspicious circumstances were buried, three years after his death.

Dias, then 52-year-old, activist was found dead in Mandovi River at his ancestral village of St Estevam, in North Goa, 20 kilometres away from Panaji.

While his family members and friends had raised suspicion over his death, Goa Police’s Crime Branch which was investigating the case, had termed it as death due to drowning.

The priest was an expert swimmer and was at the forefront of several environment protection movement including opposition to the Golf Course at Terekhol village of North Goa by a seven star hotel.

As a mark of protest demanding proper inquiry into his death, the family members had refused to accept his corpse, which was preserved at Goa Medical College and Hospital’s morgue near here.

The family members finally agreed to burry the remains of the priest earlier this week on Sunday, which happens to be his Birthday.

The corpse was brought to his ancestral village on Sunday morning and was kept for the final prayers at St Estevam Church.

He was buried in the cemetery near the Church, with hundreds of people attending the final rituals.