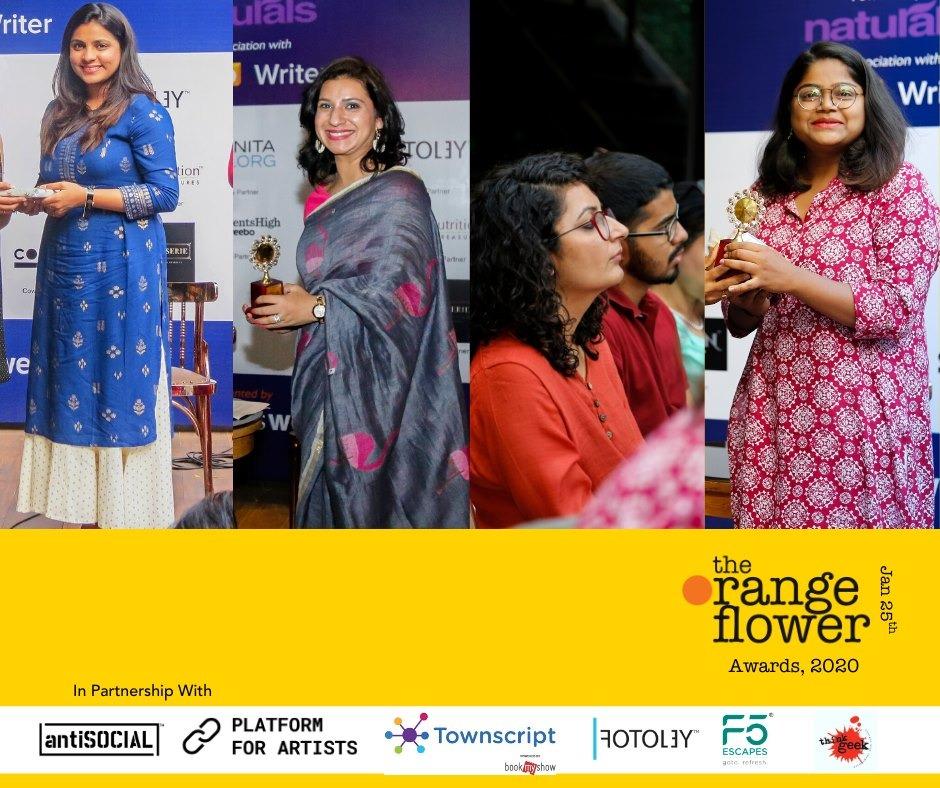 Mumbai, January 7, 2020: Women’s Web, India’s multiple award winning digital platform is gearing up for its annual mega event called The Orange Flower Festival this January 2020 in Mumbai. This mega event will see women from various creative fields celebrating their voices and coming together to roar for change.

The Orange Flower Festival will be held on 25 January 2020 at Anti Social, Lower Parel, Mumbai, and will be a day-long event with various activities throughout the day. The activities for expression of visual and performing arts include collaborative art installation, poetry slam, The Power of Storytelling – a workshop on gender writing by Breakthrough, quiz and a stand-up comedy act by Poornima Toprani.

Among the speakers at the event are Apurva Purohit, President, Jagran Prakashan Limited, Kainaz Messman Harichandrai, Creative Director, P&D, Theobroma and Snehal Pradhan, Indian cricketer, columnist and Youtuber. Each of these women will talk about their individual achievements in the literary world.

This festival will also bring together the who’s who of Bollywood celebrities associated with the right causes around women. An interesting segment to watch out at the event is the panel discussion titled Beyond Arm Candy: Are Bollywood’s women finally becoming the movers and shakers of their own lives? Can our films move women beyond the binaries of ‘being saved’ or ‘being heroic’? Hear Alankrita Shrivastava, Director, Lipstick under the Burkha and Kanika Dhillon, Screenwriter, Manmarziyaan discuss their experiences and thoughts in being the flag bearers of this change.

In the section, “A New Vocabulary of Love”, women writers and influencers who talk about pleasure, love and sex will discuss how the internet is helping the voices of women. Roshini Kumar, Photographer & Creative Director is on the panel along with Anushka Kelkar (@browngirlgazin) and Suparna Datta from OMH (Oh My Hrithik!). A separate panel discussion on being in the business of being an influencer will bring together Instagram influencers like Prerna Sinha (@maaofallblogs) and Tanvi Geetha Ravishankar (@thechubbytwirler) among others who will advise on how to make it big in this industry and its future. There will also be a movie screening by Cine Shorts and a lucky draw among other things at the event.

Aparna Vedapuri Singh, Founder & CEO, Women’s Web shares on the upcoming Orange Flower Festival: ”When one woman speaks, the world finds it easy to ignore. But when women’s voices rise together, we’re a force that’s unstoppable.”

This day-long women’s event will culminate into a gala awards night where women bloggers, vloggers and authors will be recognised for their achievements through The Orange Flower Awards across 24 categories. “I wait the entire year long for putting in my nomination for these prestigious awards that are well recognised in our blogger community. Since there are 12 categories for blogging awards like Parent Blogging, Humour, Short Fiction, Poetry etc, there is something for everyone here,” says Ruchi Verma, an author at Women’s Web. The awards nomination will be adjudged by an independent jury who are eminent personalities from the creative fields.

Excitement is rife amongst Instagrammers also where there are 6 categories – #Travelgram, #Foodgram, #Fashiongram, #Photogram, #Decorgram and #Artgram, for nomination. “I have nominated myself for the #Travelgram category where there are many other inspirational nominees with me and I am looking forward to meeting them at the event”, says Anju @travellingnoodles, a known name among the social media travel influencers. Social media categories are open to nominations from Twitter, Facebook and Youtube influencers also.

Excitement is rife among the authors and bloggers as there are some stellar names among the jurors. Andaleeb Wajid, Nazia Erum, Tanushree Singh, Madhulika Liddle and Trisha Das are among the acclaimed authors who would be judging the entries. Karthik Srinivasan, well known Communications Consultant, Vikas Chawla, Co-Founder, Social Beat, Neelam Jain, Founder, Periferry and Rajni Menon, CEO, Carat are names from the Corporate circle who are judges for various categories like use of Twitter for social impact, writing on women at work, writing on LGBTQ+ stories etc. Poetry and story telling awards will be judged by Ameen Haque, actor, storyteller and poet while Naima Imtiaz will do the honours for poetry in Hindi. Social media jury boasts of names like Sucheta Pal, Monica Manchanda, Rumana Jaseel, Ethel Da Costa and Shivya Nath, to name a few.

The Orange Flower Festival will also have an exclusive book corner curated by Crossword. Other partners for the event are Platform for Artists, Fotoley, F5 Escapes, The Uncommon Box, Magic FM and AntiSocial.