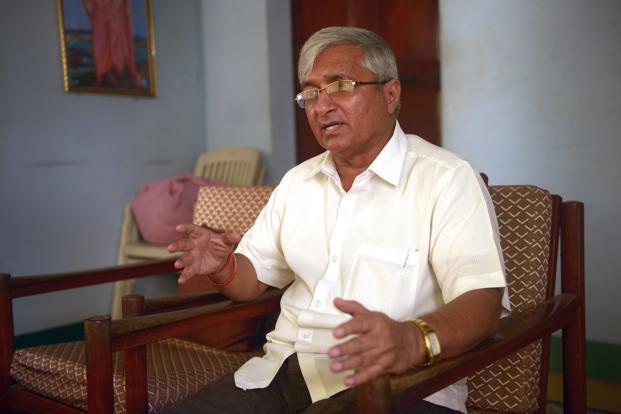 Panaji: Even as Goa Suraksha Manch is going to formally announce its candidate for Panaji by-election tomorrow, the highly placed sources stated that cadres are demanding that their mentor Subhash Velingkar should contest Panaji by-election.

The names of Velingkar and Mahesh Mhambrey were being discussed in the committee meetings including that of Core Committee. But majority of the cadres are insisting that Velingkar can give tough fight for BJP and Congress in Panaji constituency.

It is likely that Velingkar will make his maiden entry into politics through Panaji by-poll.

GSM which had contested 2017 Assembly election could not make much dent in the electoral politics but Panaji by-elections are being looked upon as a golden opportunity for the party to establish itself.

Political experts predict that if Velingkar jumps in the fray, then he would damage the prospects of BJP candidate, while giving an edge to Congress candidate Babush Monserratte.

Velingkar may or may not be able to pull victory but certainly will be a decisive factor in Panaji by-election.