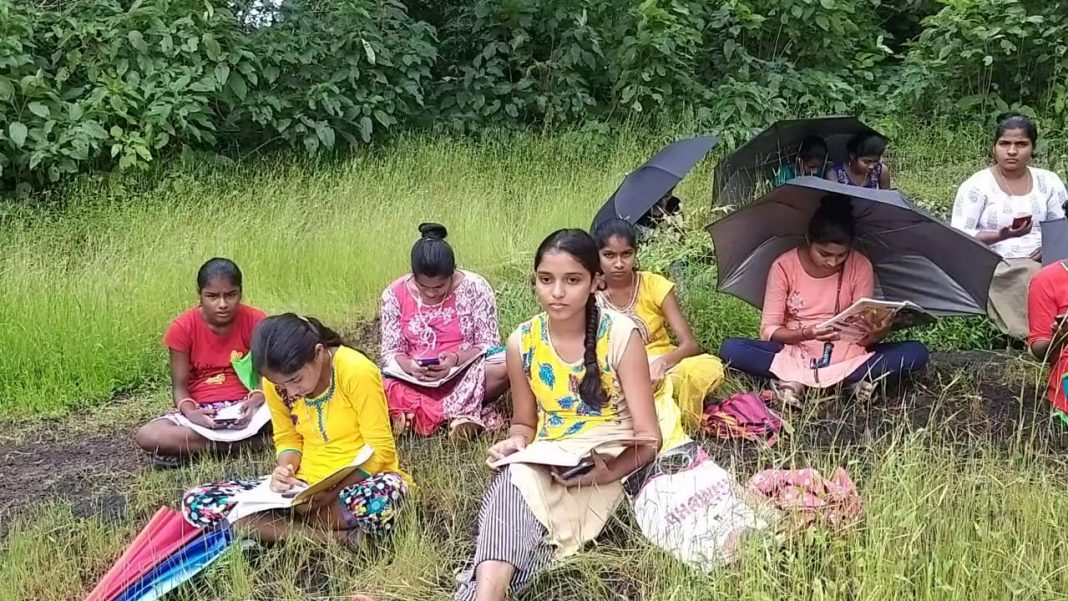 Sanguem: A group of 25 students, a mix of boys and girls, trek three kilometers to reach to the hilltop inside wildlife sanctuary every day since last two months at Goa’s Sanguem taluka to catch the range for their mobiles, so that they can have access to online education.

The educational institutes in the coastal state remains shut while the teaching has been shifted to online by various high schools, higher secondary schools and even professional colleges. 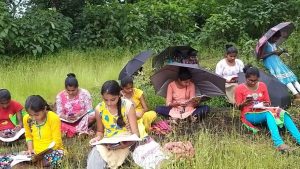 The students from villages like Kumari and Patre in Bhati village panchayat of Sanguem, situated almost 100 kms South of Panaji have been regularly travelling to Kumari hill inside Netravali wildlife sanctuary to get range for their gadgets.

“We come here by 8.10 am. and return back by 1 o’clock after our classes are over,” said Neelima Ekdo, studying in an engineering college at Verna village, situated almost 40 kms away on the way to Panaji.

The students sit on the rocks on barren plateau on the Hill inside the wildlife sanctuary with no shelter overhead. “When it rains, we have to sit with umbrella to save ourselves from getting drenched. And when it rains, there is no range, we have to wait for the rains to stop to resume our classes,” Ekdo added.

The failure of mobile towers run by Bharat Sanchar Nigam Limited (BSNL) has been causing hardship for the people living in these areas. Pravita Gaonkar, who studies in Government College Quepem, located 20 kms away from there, narrated how they often come across snakes crawling on the plateau.

“We have seen several snakes crawling on the plateau. We have no other option than to sit here as we cant miss online classes,” she said.

when contacted, a senior official from District administration said that efforts are on to ensure that all the BSNL towers in the area are functional. He said that the issue has been raised during the review meetings in South district collectorate