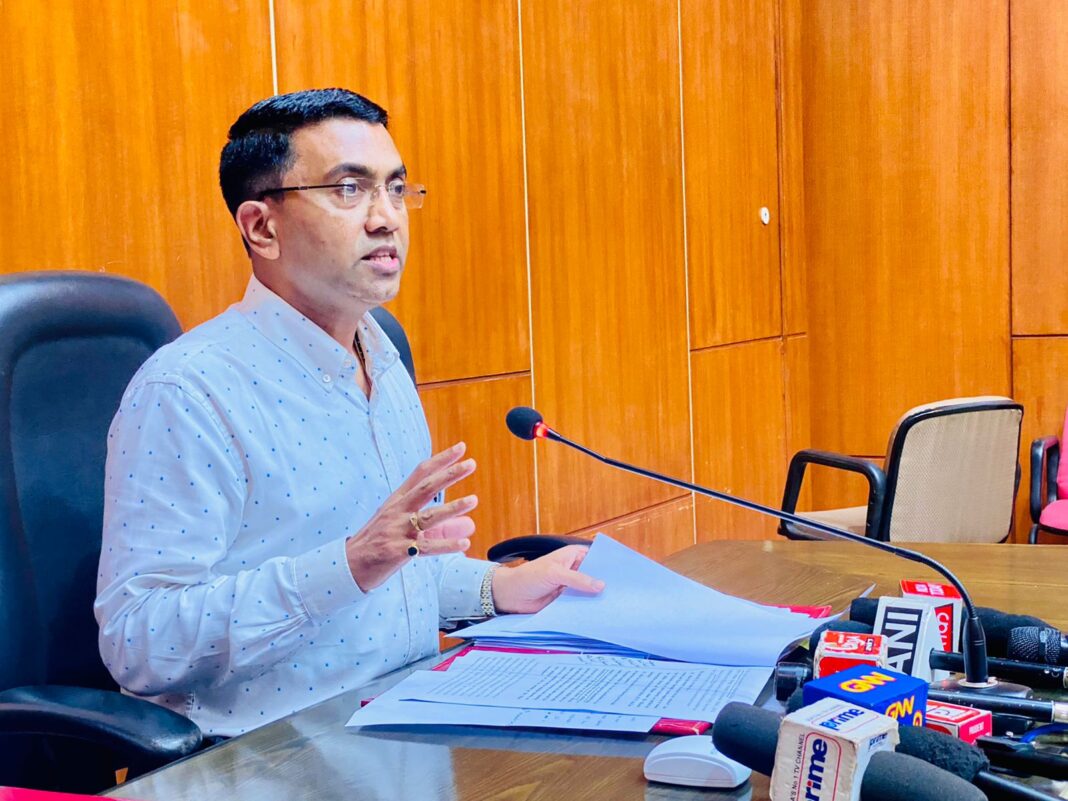 Panaji: Goa chief minister Pramod Sawant on Thursday said that during the interaction with Prime Minister Narendra Modi, the states have been asked to take precaution against rising cases of COVID-19 infection.

Sawant said that the states have been asked to accelerate the process of vaccination while also poll bound states will have to deter from conducting big election rallies.

Modi on Thursday virtually interacted with the chief ministers of various states on the issue of rising covid-19 cases. Union Home Minister Amit Shah and Union Health Minister Mansukh Mandviya were also present for the meeting,

“The Prime minister tried to understand the positivity rate and health infrastructure in the state,” the chief minister said adding that the prime minister also insisted that the vaccination, including that for the children between 15-18 years of age, should be accelerated.

“The people eligible for the booster dose also should come forward and take it,” he said.

Sawant said that though there is a high positivity rate, the number of people getting hospitalized is less. “In Goa, less than one percent of the people have to be hospitalized and there is 92 per cent recovery,” he said.

The chief minister said that as far as possible the economic activity in the state should not be stopped, though there are certain restrictions that have been put up, that needs to be abided by the people.

He said that the political parties have been asked to desist from holding large public meetings.