St. Andre lagging behind in development, we will give constituency centric manifesto: Sardesai 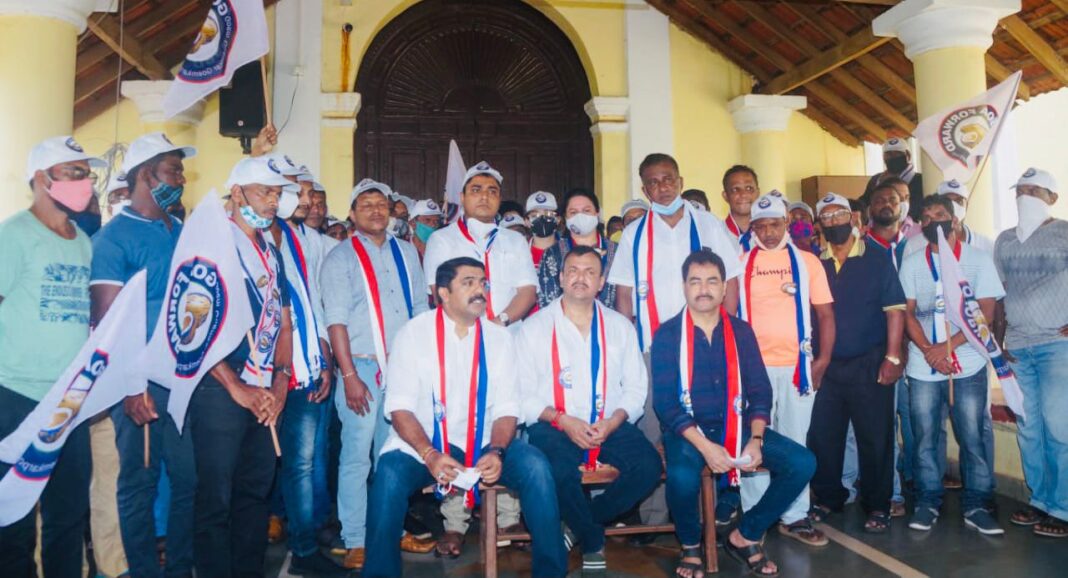 Panaji: Stating that St. Andre is still grappled with Open Defecation, as Present MLA and Government failed to provide toilets to public, President of Goa Forward Party Vijai Sardesai on Sunday said that his party leaders along with him are touring the constituencies only to have constituency centric manifesto, so the people can become part of modern society and go forward.

“People elect us, so we can provide facilities to people. But here in St. Andre people don’t possess toilets and hence are forced to go in open. This proves that Open Defecation Free declared by Chief Minister Pramod Sawant is fraud. He failed to provide basic facilities to people.” Fatorda MLA Sardesai said.

“ODF is the first step towards any modern society. But the present MLA who leaped into BJP from Congress on the pretext of development failed to provide even toilets to the people. This proves that development has not taken place here and MLA switched parties for personal benefits and personal development.”He said.

Sardesai said that they are meeting people, so that they can prepare constituency centric manifesto. “We will take a review of what has to be done and where the constituency is lagging behind.” He said.

He pointed out that despite St. Andre being a heritage place of Goa, it doesn’t have basic facilities. “Government failed to provide employment to the youths here, hence they are migrating in search of jobs.” Sardesai said.

He said that St. Andre constituency, which is known for sports activity of football, doesn’t have good grounds. “MLA has even failed to give facilities to old age people.” He said.

“The BJP leaders who are touring the constituencies of Goa are getting felicitated, which looks like the voters of Goa are giving them farewell as their expiry is coming near.” Sardesai stated.

Sardesai said that people will teach a lesson to BJP, and they will reduce it to single digit in assembly election. “The disunited opposition and certain persons who are ‘fixed’ may ensure that this party may reach ten, otherwise they will remain in single digit.” He said.

Jagdish Bhobe said that the present MLA has left St Andre constituency undeveloped, as it doesn’t have a market, panchayat ghar and other facilities. “There are many problems in this constituency, be it of electricity or other. Hence, we are meeting to know their problems and draft our manifesto as per peoples wish.” Bhobe said.

Bhobe further said that people are sharing camaraderie and will take all of them together to achieve goal of constituency development. “Our leader Vijai Sardesai has done lot of development in Fatorda by taking people in confidence. We want to deliver future ready Goa to the people of the state, which is possible with the your support.” He said.