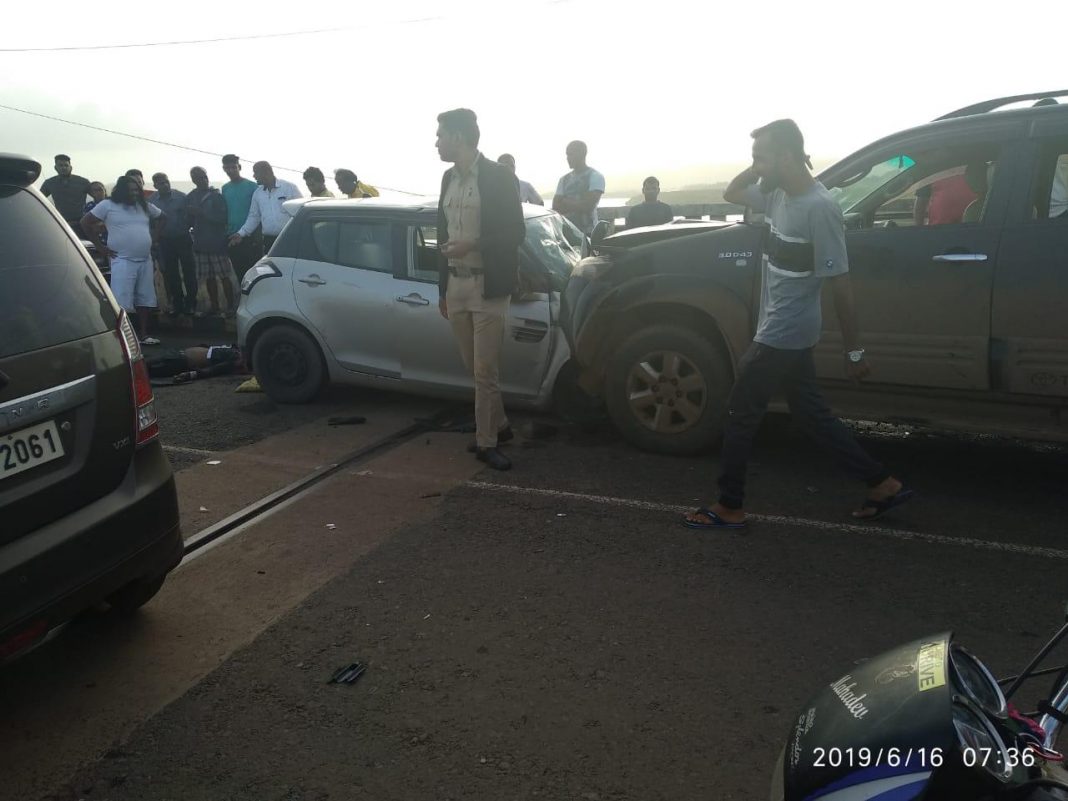 Siolim: Two from same family including father and son  died while mother was admitted in a critical condition when their vehicle dashed against oncoming jeep on Siolim-Chopdem bridge on Goa-Mumbai Highway.

The incident happened on the bridge, this morning, when the family living at Morjim beach village was returning after offering prayers at the local Church.

The bridge is located on the border of Pernem taluka of North Goa.

Anjuna Police Inspector Navlesh Desai said that two – father and son — were declared dead while condition of third has been not known.

The Maharashtra-registration vehicle which was coming from opposite direction went in wrong lane to dash against the car killing all three.

The deceased are identified as Judas and Joao Fernandes, father and son, while name of third is yet to be known for police.

After the accident, locals gathered on the spot and blocked the bridge for over one hour demanding arrest of the accused. They also set on fire, the Maharashtra registration jeep.

Desai said that the situation was brought under control and traffic was cleared as the bridge is an important link on the National Highway.

Desai said that Shekhar Dubey from Kalyan-Mumbai who was driving the vehicle responsible for accident was arrested for rash and negligent driving.